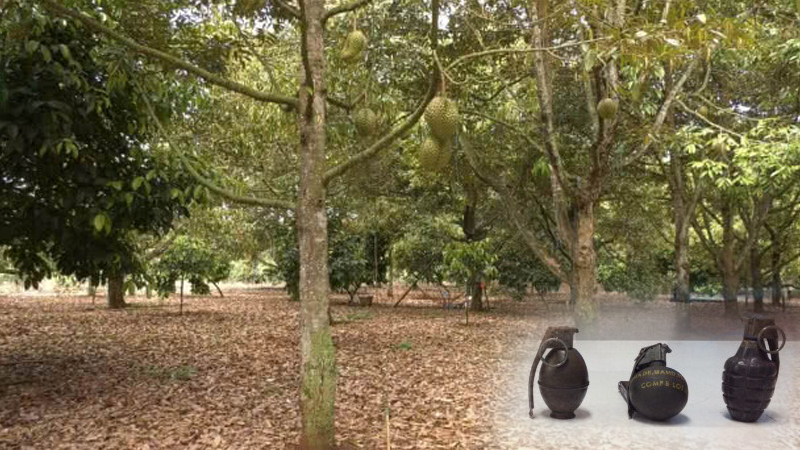 A grenade thought to be several decades old was found in a durian orchard on Trat’s border with Cambodia Monday evening, police said.

A team of explosive ordnance disposal officers rushed to the orchard in Ban Na Klua village in Tambon Chamrak in Muang district at 5.30 pm after the orchard owner, Thaminan Sangthanu spotted the grenade partially sticking out from the soil.

The EOD team tied a rope to the grenade’s tail, then removed it.It will be destroyed at their base.

Niwat Noochak, chief of Tambon Chamrak, said the grenade was believed to be an unexploded device made in China and used during the Vietnam-Cambodia war in 1985. Rains partially unearthed the grenade after it had been buried for decades, he said.