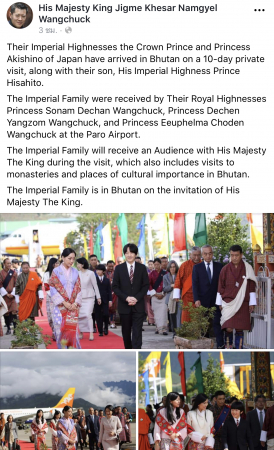 The King of Bhutan, Jigme Khesar Namgyel Wangchuck, has uploaded posts on his Facebook page that Japan’s crown prince Akishino, crown princess Kiko and their 12-year-old son Prince Hisahito have arrived in Bhutan on a 10-day private visit. They will have an audience with the King in the country's capital Thimphu on Monday, according to the Japanese Imperial Household Agency, and visit monasteries and places of cultural importance to Bhutan. 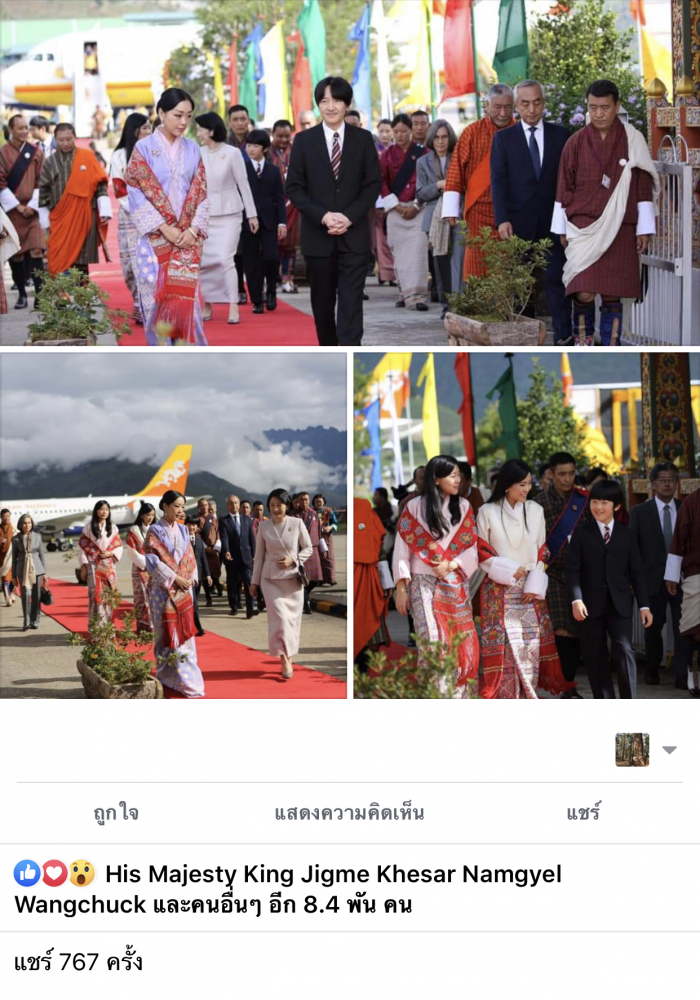 The three royals arrived in the South Asian country via Thailand, receiving a welcome from members of the Bhutanese royal family at Paro airport, according to Kyodo News.