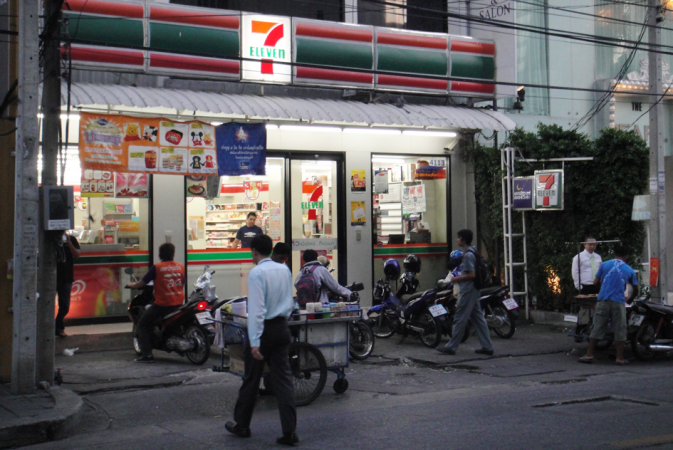 Phitsanulok police are hunting for a motorcyclist who allegedly robbed three 7-Eleven shops in Muang district early Tuesday and made off with over Bt4,500.

The Muang Phitsanulok police station was alerted at 1am that a 7-Eleven shop near the Bueng Phra market in Moo 3 village in Tambon Bueng Phra was robbed by a lone gunman hiding his face under a crash helmet and a red flu mask.

A woman who works at the shop told police that the robber pointed his gun at her and forced her to hand over cash from the till. She said she handed Bt3,520 to the man who then fled on a motorcycle.

Half an hour later, the police station was alerted that two shops near Naresuan University were robbed of over Bt1,000. The two shops are located near each other.

Police checked the security-camera footage at the three shops and concluded they were robbed by the same gunman.

Pol Colonel Songpol Sungkasem, commander of the Muang Phitsanulok police station, held a meeting at 9am to discuss the case and instructed his subordinates to try to quickly arrest the robber.