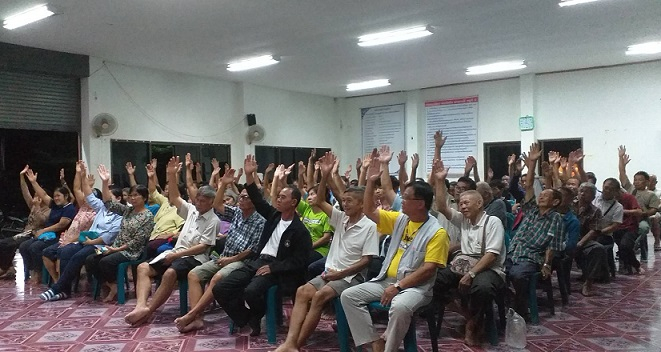 Residents of Mae Hong Son’s Pai district are objecting to a 100-kilometre running marathon that is being co-organised by the provincial tourism authority.

They object to the event, to be held across Mae Hee-Mae Yen forestland, as they claim a similar previous event held without the consent of villages had left the forestlands in a damaged and garbage-filled condition, and forced the villagers to clean up afterwards.

The unanimous objection to the marathon came from a public forum held on Monday night, which was attended by 230 residents from Ban Mae Yen (Moo 1), Ban Sai Khao (Moo 2) and Ban Mae Hee (Moo 5) villages of Tambon Mae Hee, as well as by representatives from three other villages.

The event will be officially proposed to the Pai District meeting on August 23.

Organisers of the proposed marathon were aiming to use the route from Chiang Mai’s Mae Taeng district to Ban Muang Khong to Ban Doi Chang to Huai Nam Dung national park to Ban Mae Hee forest to Wat Sai Khao’s Bridge to Ban Paem Bok, and on to the finish line at the Pai Memorial Bridge.