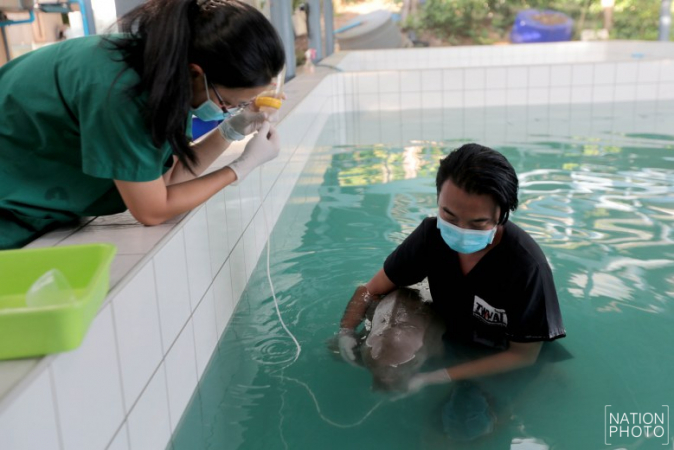 The pup is still suffering from excess stomach and intestinal gas, abnormal heart rhythms and occasional seizures, the Department of Marine and Coastal Resources said, also calling on the public to lend their support for the baby dugong’s recovery.

As X-ray results showed liquid food could still pass through Yamil’s digestive track, veterinarians were removing the remaining sea grass from its stomach and would provide the marine animal with liquid nutrients and minerals, as well as painkillers and antibiotics, the department said, adding that the veterinarians were keeping a close watch on the pup.

The male baby dugong was found washed ashore on Krabi’s Bo Muang Beach on July 1 with abrasions on more than 50 per cent of its body. It has been placed in the care of Thai authorities and is presently in a closed pool at the Phuket Marine Biological Centre pending recovery and possible release into the sea later.