Posting photos on Facebook of blacktip reef sharks being chopped into pieces and sold on Koh Lanta, marine biologist Thon Thamrongnawasawat has said it’s time for Thailand to include all species of sharks on its list of protected endangered animals.

The fish market where he took the photos is not far from Maya Bay and Hong Island, whose waters are natural habitats for sharks.

Thon said the fact that many types of sharks are not listed as endangered, including blacktip reefs, hammerheads and leopard sharks, means they can be caught and their meat sold legally.

“The number of sharks in Thai waters has been decreasing rapidly in recent decades,” he warned.

Although all waters off Krabi are a wildlife conservation zone, sharks smaller than 50 centimetres in length can legally still be caught there.

“I have been urging government agencies for years to change this rule and list sharks as endangered, but sadly most people still don’t realise the importance of shark conservation,” said Thon.

Sharks represent a key component of the marine ecosystem and in balancing the food chain, he pointed out, and they’re also a tourist attraction, bringing divers from around the world to Krabi, whose waters have the largest population of blacktip reef sharks in Thailand.

“I posted these two pictures so you can see and decide for yourself where the sharks belong – in an iced cooler or in the sea,” Thon said. 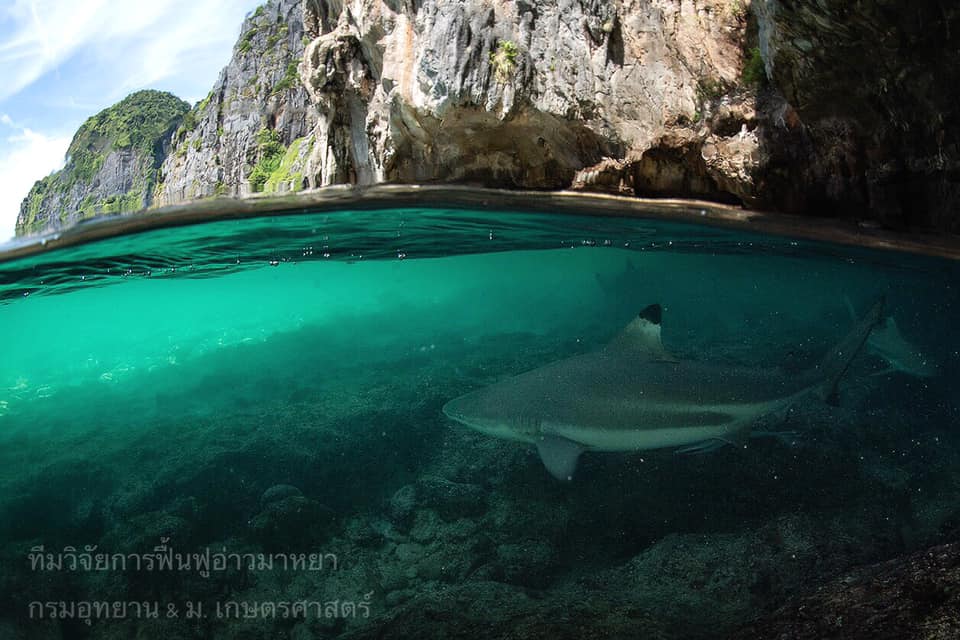