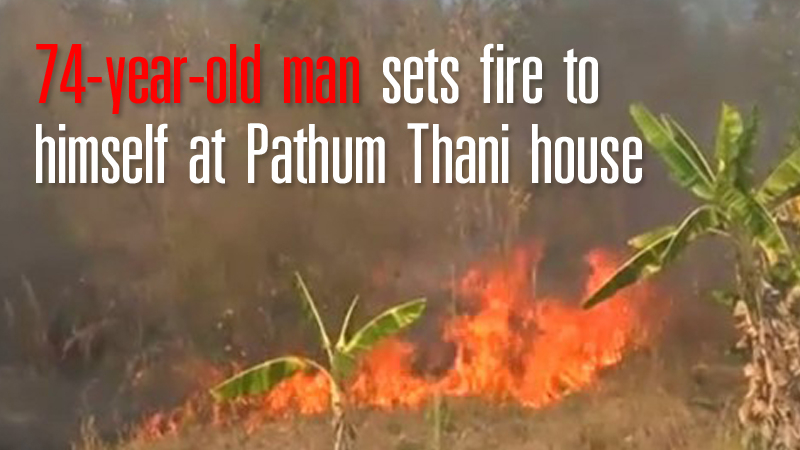 A 74-year-old man was found dead last Thursday night in a house fire in Pathum Thani’s Muang district in what police say was an apparent suicide.

After fire fighters put out the blaze in the bedroom on the ground floor of the two-storey house on Phibul Songkram 21 in Tambon Suan Yai, the burned body of Nikorn Khiew-on was discovered

Police said Nikorn was a goldsmith and he apparently set himself on fire while sitting at his desk. The fire destroyed the desk.

HIs relatives told police that he often complained about his chronic ailments and had told them he did not want to be a burden on his children.