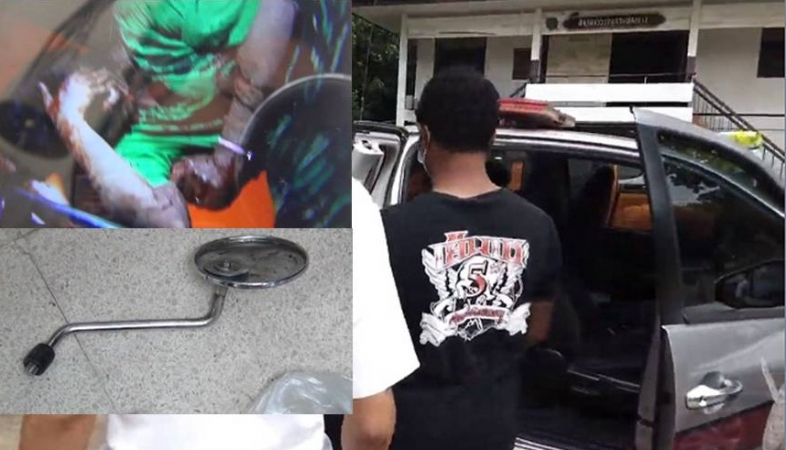 Police on Friday secured a court approval to detain a 30-year-old Chachoengsao man for an initial 12 days after he surrendered a day earlier to face charges for allegedly assaulting and setting his 35-year-old girlfriend on fire in a fit of jealous rage.

Amid an investigation, police would oppose his release on bail – if his relatives applied for it – on the grounds that he was considered a flight risk, said Pol Captain Somyot Chanthalert of Plaeng Yao Police Station.

Suspect Songkran Chaiyo was accused of attacking his girlfriend on the night of August 18 before dousing her with gasoline and setting her on fire, resulting in burns all over her upper body, a destroyed left cornea and a swollen brain – the latter two injuries sustained from him allegedly beating her with the side mirror of a motorcycle. The alleged assault took place in front of his elderly relative’s house in Tambon Plaeng Yao in Plaeng Yao district.

On seeing the verbal argument escalate into an assault, the relative rushed out to call for help, but the woman was already on fire by the time others arrived to help. They quickly put out the flames and called an ambulance. The suspect used the chaos to slip away. Following police pressure, he surrendered on Thursday morning.