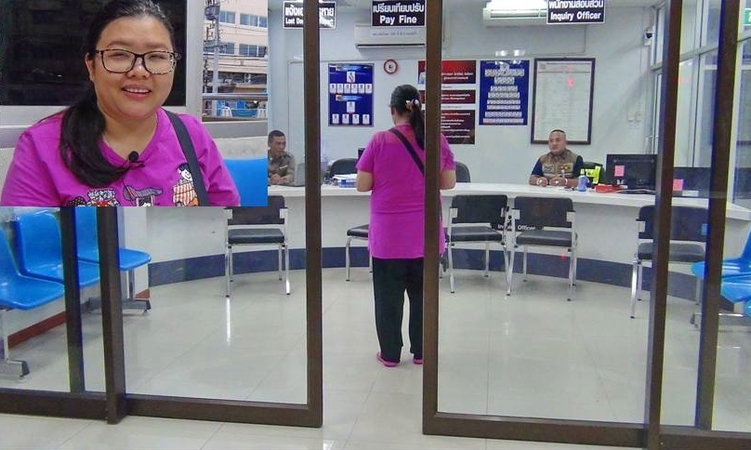 The daughter of retired astronomist Worawuth Tanwutthibundit has dropped a police complaint over the missing Bt900,000 from her bank account after the bank branch office, under pressure from social media, repaid the money without waiting for the results of the internal probe which were not due for another week.

Nanthakan Tanwutthibundit , 36, a resident of Chacherngsao’s Plaeng Yao district told officers at the Muang Chacherngsao Police Station Thursday afternoon that she had just received the repayment plus Bt1,854.05 interest from the bank and therefore wished to withdraw the complaint.

Nanthakan filed the complaint after finding out on August 20 when she withdrew Bt200,000 from the saving account which had Bt2.5 million in it that a total of Bt900,000 had disappeared through several withdrawals.

She initially received a phone call in the morning from the bank that its headquarter would look into the case and the investigation would take a week only to receive a call a few hours later telling her to collect the repayment and interest totalling Bt901,854.05 at 2pm.

Nanthakan also thanked all media agencies and fellow social media users for publicizing the news and the bank for its fast action in solving the problem.

She added that the person who allegedly took the money was a female employee in her early 30s at the branch office who helped her open the account in March.

Nanthakan had said the account had been put in her name for convenience and was made up of Bt1 million from her father’s savings and Bt1.5 million raised by family members for his care.

She said she was convinced that the employee knew exactly what she was doing as she also went to see Nanthakan at her shop, bringing gifts and being friendly while also telling Nanthakan to call her first if she wanted to withdraw money from the bank, as she would make sure the branch office had enough banknotes to give her. Nanthakan urged others to take note of this case, saying that those who embezzle will always be found out in the end.