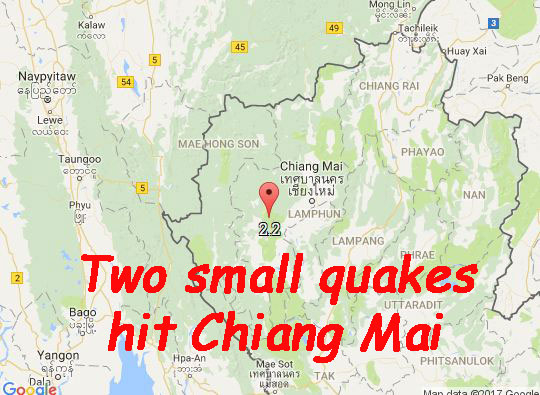 The bureau, which is part of the Meteorological Department, said the first magnitude 2.9 took place at 9.59pm. Its epicentre was 4-kilometres deep and located at 17.564 degrees latitude North and 98.233 degrees longitude East.

No damage was reported.