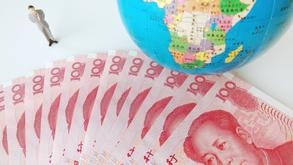 The yuan weakened against the US dollar for the ninth consecutive day on Tuesday, hitting its lowest level in 11-and-a-half years against the greenback, with investor confidence sapped by the protracted trade tensions between the world’s two largest economies.

The Chinese currency has plunged 3.9 percent so far this month -- the biggest loss since January 1994

The Chinese currency has plunged 3.9 percent so far this month -- the biggest loss since January 1994.

Both the onshore and offshore yuan rebounded at first in early trading after the People’s Bank of China set a stronger-than-expected midpoint rate at 7.0810 per US dollar – the weakest level since March 2008.

The spot rate is currently allowed to trade within a range 2 percent above or below the official fixing midpoint on any given day.

Markets saw the central bank’s move as an attempt to prevent the yuan from further sharper losses brought by the escalating Sino-US trade tensions.

US President Donald Trump had earlier threatened to heap additional 5 percent tariffs in on targeted Chinese goods, after China said on Friday it would impose tariffs on $75 billion worth of US products.

Trump claimed he had received phone calls from China twice over the weekend. But Chinese Foreign Ministry spokesman Geng Shuang told a regular media briefing in Beijing on Tuesday he wasn’t aware of the phone calls.

“While the situation remains very fluid, the proposed tariff escalation last week represents a hardened stance by policymakers in China, perhaps emboldened by the US’ delaying tariffs that were deemed economically costly,” Bank of America Merrill Lynch Global Research said on Tuesday

The investment bank has cut its forecast for the yuan to 7.5 per dollar by the end of this year -- from its 7.3 per dollar forecast early this month.

Other investment banks, such as UBS, expect the yuan to finish this year at 7.2 to the greenback and continue to decline further in 2020.