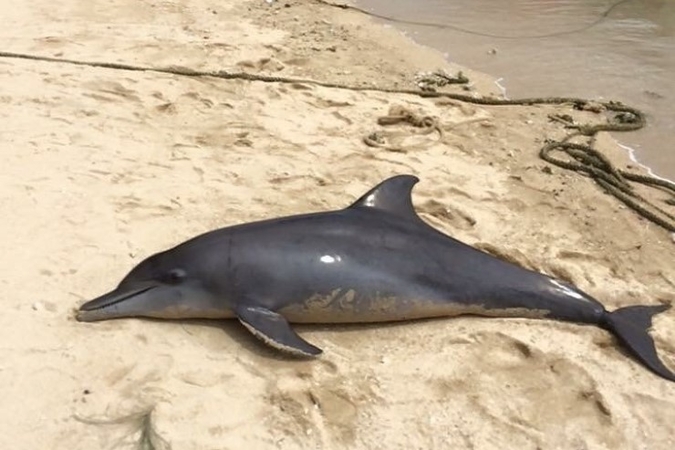 A dolphin died of mouth injuries shorty after four of the mammals were spotted swimming near a Phuket beach Thursday morning.

The emergency unit of the Tambon Kamala Administrative Organization in Phuket’s Kathu district was alerted at 8.15am that a dead dolphin was been spotted on Layi beach in front of the Regent Kamala Hotel in Tambon Kamala.

Local fishermen said they saw four dolphins swimming around as if they were lost in the rough sea as strong winds continued to whip up the waves. One of them was found dead on the beach shortly afterwards.

The dolphin had severe injuries to its mouth. The Phukent Marine Biological Centre dispatched officials to check the dolphin and to try to help the three others which could be still seen swimming off the beach.