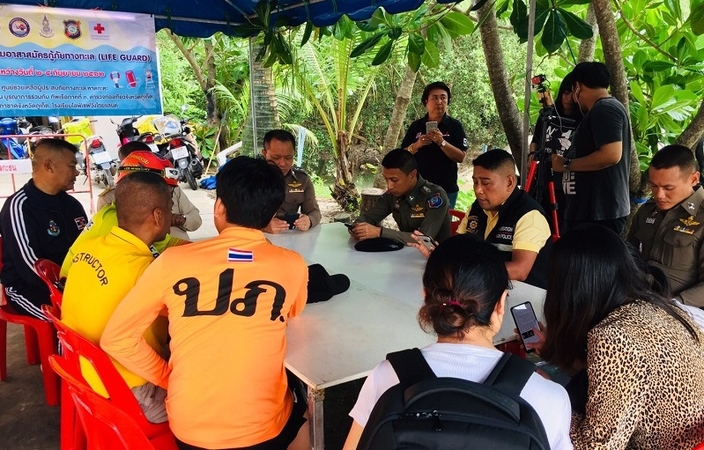 The body of a 35-year-old Chinese tourist has been found floating in the sea off Freedom Beach in Phuket’s Muang district, police spokesman Pol Colonel Krissana Pattanacharoen confirmed on Tuesday.

Chinese man Yin Lei was swept away by strong winds and waves while swimming with six other friends off Freedom Beach on Sunday evening at around 7pm, resulting in a search mission on Sunday night and on Monday.

Following the body retrieval, rescue workers sent the tourist's body for autopsy to determine the cause of death.

Noting that national police chief Pol General Chakthip Chaijinda had expressed condolences for the deceased tourist's family, the spokesman said the force had already informed the Chinese consulate in Bangkok about the tourist's death so they could help contact his relatives. The Division of International Affairs and the Immigration Police Bureau would facilitate further steps, he said.