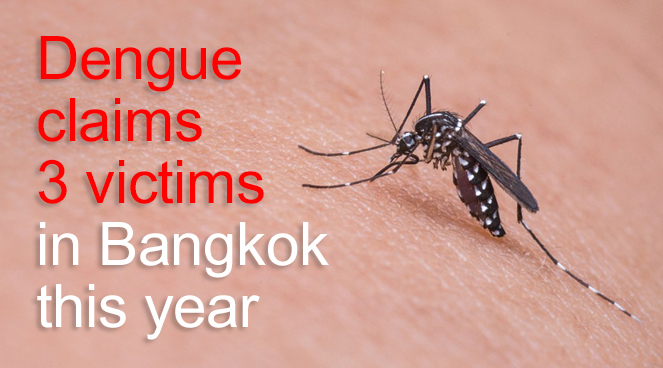 The dengue outbreak in Bangkok is still worrying with 4,903 people becoming infected with the virus and three dead so far this year, Bangkok Metropolitan Administration governor Aswin Kwanmuang said.

Speaking to reporters after a meeting of senior BMA officials, Aswin said the BMA’s Health Department had given an updated on the dengue situation in the capital and the situation remained worrying.

The Health Department reported 4,903 people had developed the dengue virus between January and August and three had died, compared to ten deaths and 8,699 dengue patients in the capital in 2011.

The governor said he has instructed all 50 Bangkok district offices to carry out awareness campaigns on the prevention of dengue by encouraging residents to clean up their houses and eliminate water sources that could be breeding grounds of mosquitos.