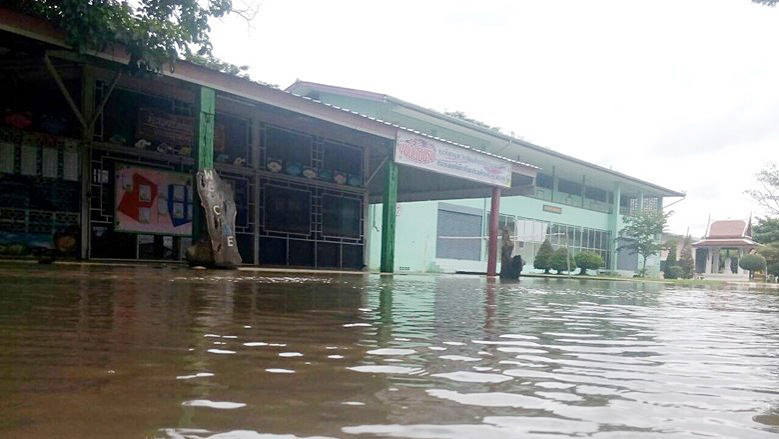 Three schools in Phichit’s Muang district were closed on Thursday after tributary rivers burst their banks to inundate the schools and nearby communities.

Following days of heavy rains, runoff from the Phetchabun and Wang Thong mountain caused tributary rivers downstream to burst their banks in Sai Phun and Muang districts of Phichit on Wednesday evening.

Among the three closed schools, the Ban Sai Khamho School was the hardest hit. The overflowing river flooded its football field and ground floor classrooms, along with kitchen, canteen and toilet rooms. The water was about 50 centimetres high.