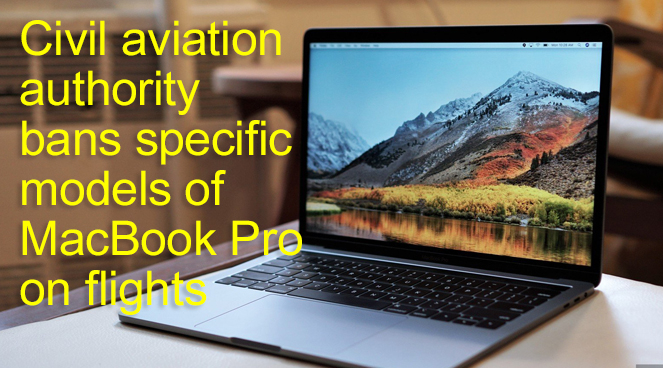 The Civil Aviation Authority of Thailand has banned those models of the 15-inch MacBook Pro that have been recalled for possible overheating of their batteries from checked-in luggage on planes taking off from Thai airports.

Chula Sukmanop, director-general  of the CAAT, said the ban is issued in compliance with a rule of the International Civil Aviation Organization that bans transport of lithium ion batteries by passengers after manufacturers have recalled batteries on the grounds that they are defective and may overheat.

In June, Apple issued a recall for 15-MacBook Pro sold between September 2015 and February 2017 on grounds that the battery could overheat. Apple announced that “in a limited number of older generation 15-inch Macbook Pro units, the battery may overheat and pose a fire safety risk”.

The order allows airlines to consider allowing passengers to carry the computer abroad in cabin baggage on condition that the passengers must turn off the laptops and must not charge them on board and must also inform flight crew that they are carrying their 15-inch MacBook Pro, Jula said.

Several foreign airlines and the FAA in America and EASA in Europe have also prohibited the transport of 15-inch MacBook Pro in checked-in luggage.