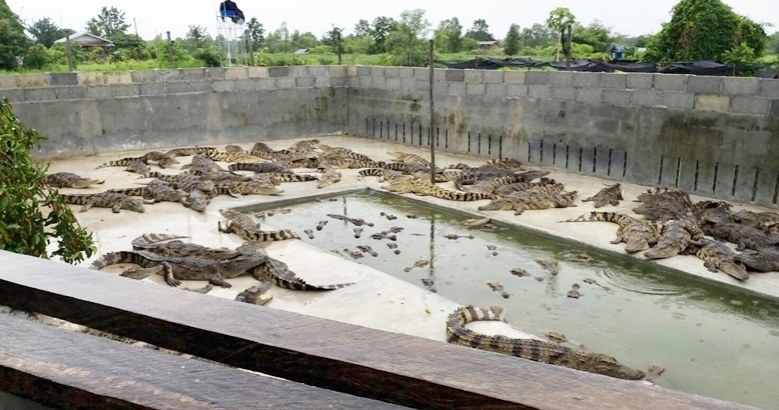 With flooding continuing in many parts of Thailand, the Department of Fisheries has instructed its provincial branch offices in 14 flood-hit provinces to monitor crocodile farms and have farm operators strengthen rearing ponds so the reptiles can’t escape if the farms are flooded, department deputy director-general Wicharn Ingsrisawang said on Friday.

Farms were advised to install grills to cover rearing ponds and drainage pipes and dig earthen dikes around farm edges.

Wicharn said officials had already sent warning letters to crocodile farms and had checked on them but had not received any reports of crocodiles getting out of their ponds. Citing as an example the inspection of all 22 crocodile farms in the northeastern province of Kalasin, Wicharn said the farm operators there were strictly adhering to the department’s instructions. He urged anyone spotting a crocodile in or around public or natural water sources to alert the respective provincial fisheries office or the Fisheries Department's at (02) 562 0600