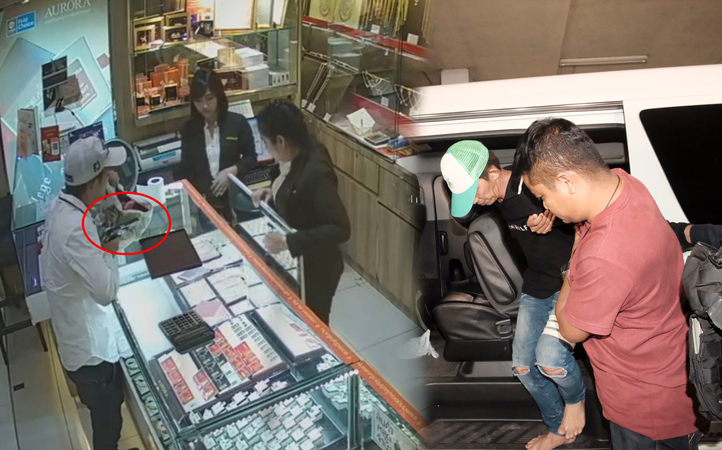 Police have arrested the man suspected of robbing a branch of Aurora Gold and Jewellery and his five alleged accomplices at a hotel in Nonthaburi.

A team of commandoes arrested the suspect in a room on the 4thfloor at the Alice Hotel in Tambon Bang Khen in Nonthaburi’s Muang district Sunday night.

The suspect was identified as Aswin Boonmuang, 45, from Chumphon.

Before Aswin was arrested, gunfire was heard inside his room and police negotiated for him to come out to surrender. He agreed to lay down his gun and come out shortly afterwards.

Three men and two women were also in the room and they were taken to the Metropolitan Police Division 7 for questioning on suspicion that they might have been involved with the robbery.

Police later checked footage of security cameras along route the suspect used to make his escape. They found that the suspect rode his motorcycle to Hua Lamphong railway station then shifted to a car to drive to the hotel.

Police said Aswin was jailed in 2013 for stealing valuables of his employer. He was arrested in July by Chumphon police on charges of drug trafficking and he is currently out on bail.