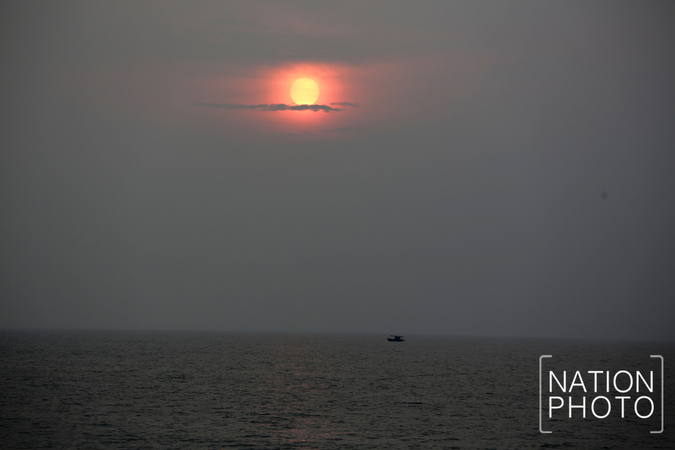 People in the southern provinces of Thailand are suffering severe consequences from the smoke cloud coming from Indonesia’s forest fires in the Sumatra and Borneo islands.

The smoke has covered the South since September 1 and the situation worsened on Sunday (September 8).

The pollution has led to fine particulate matter in the air exceeding safe levels. PM2.5 has risen to 73 micrograms per cubic metre, according to researchers at Prince of Songkla University.

People have been advised not to spend much time outdoors.