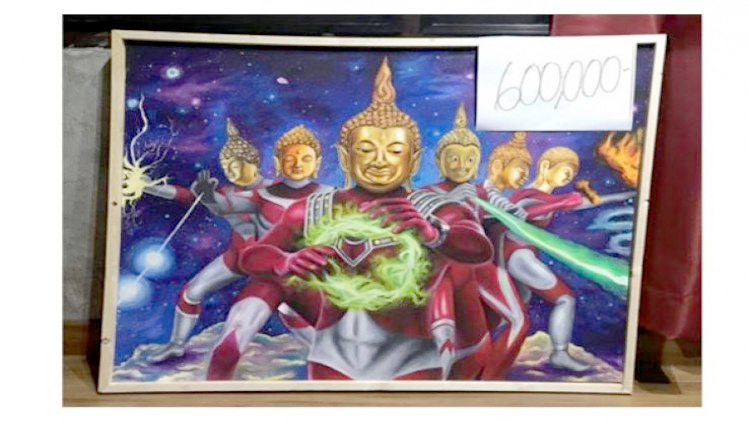 One of four paintings depicting Buddha as an Ultraman superhero by a fourth-year university student secured a winning bid of Bt600,000, after the paintings were displayed at a Nakhon Ratchasima shopping mall.

The paintings had caused a stir among Buddhists and activists early this month.

Pakorn Pornchiwangkur, the person who organised the auction of these paintings on behalf of the painter, posted on his personal facebook page on Thursday (September 12) that one of the Buddha-Ultraman paintings was sold for Bt600,000.

According to his post, the bid winner had already wired in the deposit money of Bt400,000.

Pakorn said that the painter would receive Bt100,000 as compensation, while the rest of the money would be given as charity to Dan Khun Thot Hospital in Nakhon Ratchasima province.

He added that the artist was now in good spirits and had already been contacted for a designing job by a clothes manufacturer who was impressed with the artist’s talent.