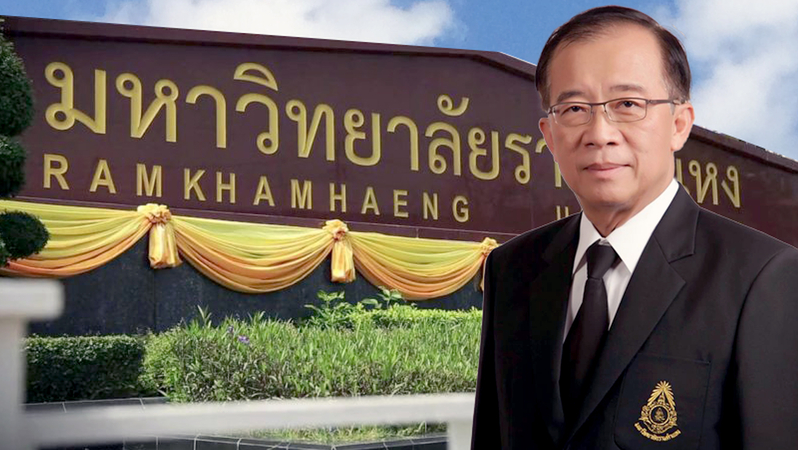 The rector of the Ramkhamhaeng University has expressed support for the Bhumjaithai Party’s proposal to exempt students with outstanding performance from repaying their debts to the Student Loan Fund.

The party announced it would submit a bill to the House to amend the Student Loan Act to allow students who graduate with first-class honours to convert their loans to scholarships so that they would not have to repay their debt to the fund.

The bill also seeks to allow students to choose to work for the state instead of repaying the debt and to make the loans from the fund interest free.

Wutthisak Larpcharoensup, rector of Ramkhamhaeng Univesrity, said he supports the plan to allow students with first-class honours degrees to convert the loan to a government scholarship.

He said the policy would encourage students to try to develop themselves and achieve their full potential and added that, in his view, the bill should also exempt students who graduate with second-class honours to be exempted from paying the debt.

However, he disagreed with the idea of such students choosing to work for the government instead of repaying the debt, pointing out that the government sector has only limited positions and that many students, who do not borrow from the fund, may also want to become government officials.

Meanwhile, Wiroj Limkhaisaeng, rector of Rajamangala University of Technology Isan, said he disagrees with the bill, saying he feared in would create educational disparity.

Wiroj said it would not be fair to others if students with outstanding performance are let off from repaying the debt and noted that nowadays, most businesses do not want to only hire graduates with outstanding academic results but also look for responsibility and good social skills.

Wiroj said he supports the idea to make the student loans interest free because students who have to take out loans usually come from the poor families and paying interest on their loans creates too big a burden on them. He agreed in principle to allow students to choose to work for the government instead of paying the debt but does not think there will be a sufficient number of vacant positions to make this a reality.