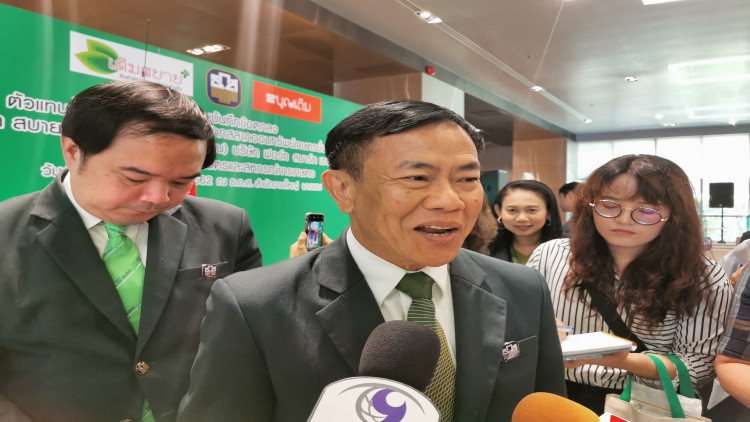 The Bank for Agriculture and Agricultural Cooperatives (BAAC) has said that more than 1 million of its clients have been affected by flooding and that it has earmarked Bt55 billion to cover those affected by natural disasters.

Somkiat Kimawaha, BAAC vice president, said approximately 1 million clients in lower North and Northeast have been affected by inundation brought on by several tropical storms that hit the country since August.

“BAAC has provided preliminary aid such as survival kits and vehicles in areas that are badly flooded,” he said.

“We have also prepared measures to help clients alleviate their financial burden, such as extending their repayment deadline by a year and giving out low-interest loans for home repair.

“Clients who had insured their farms with the bank can claim compensation of Bt1,260 per rai once the floods subside,” he added.

“Farmers who suffered from drought earlier this year have already applied for additional loans totalling about Bt3 billion,” he said. “However, if the reserved fund [Bt55 billion] is not enough for flood victims, the bank will consider boosting the fund later.”

The BAAC is also responsible for distributing government aid to in-season rice farmers as part of the state’s economic stimulus package.

“The Agriculture and Cooperatives Ministry will give the bank a list of eligible farmers and we will hand out Bt500 per rai, up to a maximum of 20 rai per person,” Somkiat added.