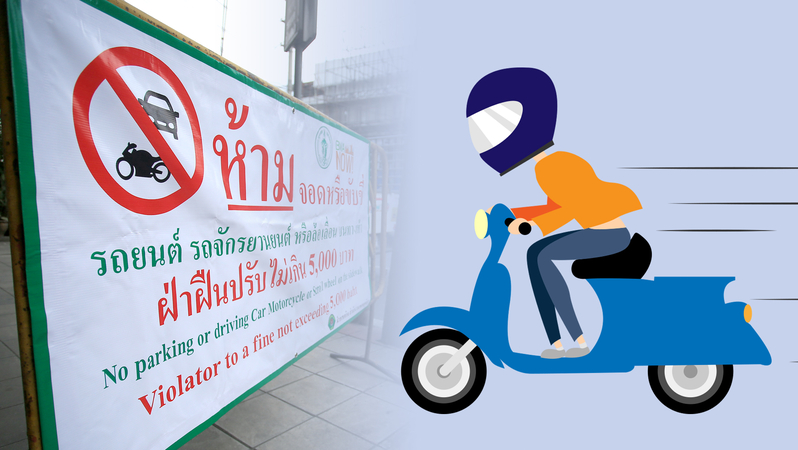 Bangkok city hall says it will continue to closely monitor motorcyclists driving on the sidewalks, after it took in Bt4 million in fines in August and the first half of September.

Bangkok Metropolitan Administration deputy governor Sakoltee Phattiyakul on Wednesday said that after the fine for violators was doubled to Bt2,000 in August, fines reached Bt2.5 million that month.

And so far in September, BMA has collected Bt1.5 million in fines against motorcyclists caught riding on sidewalks, he added.

He has asked the BMA’s law enforcement department to continue strict enforcement, with officials instructed to rotate enforcement locations around the capital.