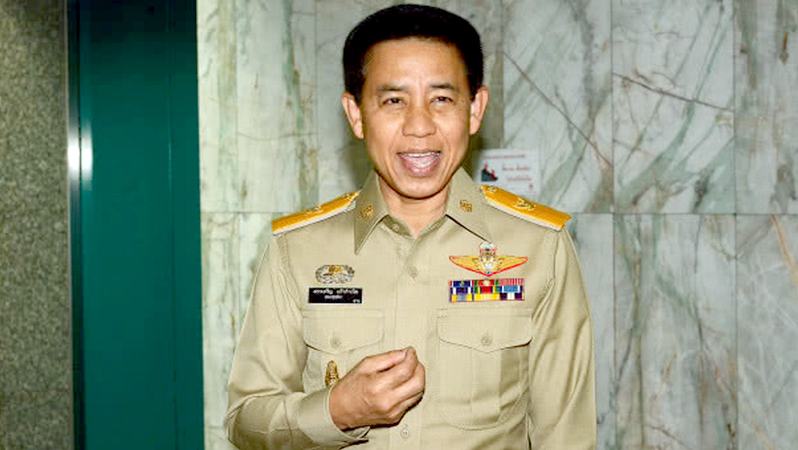 Parliament’s Anti-Corruption Committee is gathering evidence in a fact-finding probe against Public Relations Department chief Lt-General Sansern Kaewkamnerd over accusations that he verbally and in writing ordered his subordinates to spread information allegedly helping the Palang Pracharat Party ahead of the March 24 national elections and attacking a former prime minister and his party.

Meanwhile, Sansern argued that he had never taken sides and was ready to explain his side of the matter to any organisation tasked to probe such allegations.

The upcoming probe stems from a petition submitted to the committee by deputy department chief Jaroon Chaiyasorn, who also urged the panel to probe Sansern’s alleged lack of transparency in a Bt25-million construction project for the department’s arts and exhibition hall.

Spokesman Teeratchai Panthumas said the committee would consider whether to table this matter at a meeting later this week or to set up a sub-panel to consider it first because this case required the gathering of documentary evidence to establish whether or not such orders were issued.

As for the alleged lack of transparency in the e-bidding process of the construction project, he said the committee would collect all the facts first and discuss them in its September 26 meeting.

Sansern noted that Jaroon was within his rights to lodge a petition, but he was confident and ready to provide an explanation.

“The Public Relations Department is ready to explain various matters. If a probe did deem me corrupt, I could be punished and even jailed. But if an investigation does not find I committed any corruption, then I will be safe. Regarding whether I will counter-sue, I will discuss with related parties on how I can exercise my legal rights,” Sansern said, adding that he had served as a political official during his time at the PM’s Office, and since landing the position of department director-general, he has performed his duties as a civil servant.

“I don’t have any particular alignment towards any political party. Have you ever seen me attending any political party meeting? Have you seen the Public Relations Department publish any news attacking a political party or praising this political party? The 4,000-strong department comprises people with different political ideologies, if I had ordered my subordinates to do what I was accused of, I would have been subjected to a complaint long ago,” he said.

He added that the department’s operations weren’t “pushed forward” by him alone but by “dutiful officials”, while each project has a committee to oversee its execution.

Sansern said he had briefed Prime Minister General Prayut Chan-o-cha about the case.

The department chief also vowed to perform his duties as per the laws and regulations. Whether someone believed him or disbelieved him was a separate matter, he added.