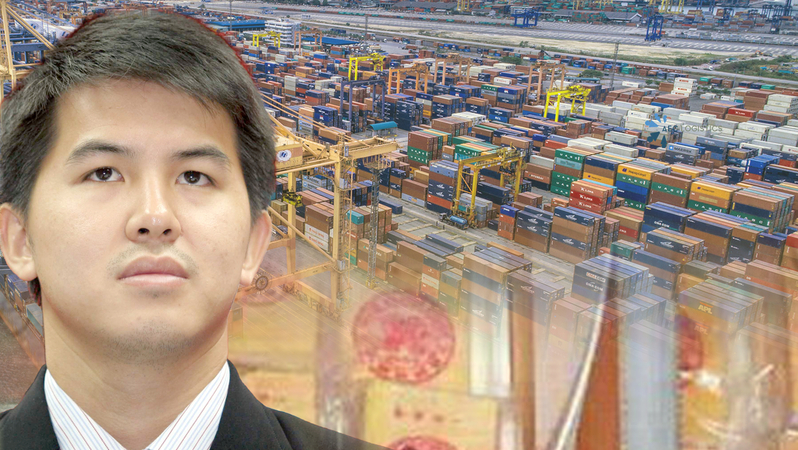 After a meeting with exporters on Tuesday (September 24), Deputy Transport Minister Athirat Rattanaset said the issue of shipping containers filled with drugs being seized last month in New Zealand after being allowed through in Chon Buri’s Laem Chabang Port, affects the country’s image and requires immediate action.

“I had summoned related agencies, including the Marine Department, Port Authority of Thailand, Office of the Narcotics Control Board, the Royal Thai Police and the National Intelligence Agency [NIA] to discuss possible measures to prevent such an incident from recurring,” he said.

He further explained that the seized containers, which allegedly belonged to a foreign drug network, had managed to slip through the x-ray machines at Laem Chabang port.

“The x-ray procedure is the Customs Department’s responsibility,” he said. “So, I have called on them to beef-up security measures by installing more advanced x-ray machines, as well as increase the frequency of inspection."

“Meanwhile, police and the NIA have promised to provide the Customs Department with in-depth intelligence information, so they can inspect suspicious containers more accurately,” he added.

According to the minister, approximately 20,000 containers pass through Laem Chabang port daily, but the ones under watch are those heading for New Zealand, Australia and Japan.

“Our intelligence confirms that there are drug networks and syndicates for smuggled goods present in these countries,” he said.

Athirat also confirmed that the beefing up of inspection measures should not affect all exporters.

“Today [September 24], I met with representatives of the Thai Chamber of Commerce, Thai National Shippers’ Council and Thai Transportation and Logistics Association to clarify the situation and seek their cooperation,” he said. “Private exporters are key to creating a more efficient inspection process, as they can produce authentic documents identifying which containers belong to their association members and which ones don’t, making it easier for us to pinpoint suspicious containers.”