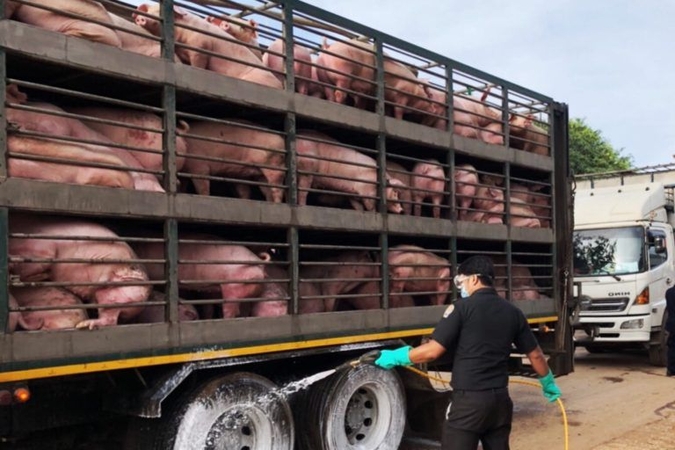 The Department of Livestock Development has announced that 24 provinces of Thailand are now surveillance areas for African swine fever (ASF).

Director-General Sorawit Thaneto, said that the severe pig epidemic is continuing to spread in Asia. There is no vaccine or cure. Though the disease has never been reported in people, an outbreak is estimated to cost direct and indirect economic damage to the livestock production industry of at least Bt100 billion.

Anyone wishing to move animals or carcasses of pigs or wild boars, including semen or embryos for breeding, through an epidemic surveillance area must obtain permission from the veterinarian responsible for that area. A violation is punishable by an imprisonment of up to two years and/or a fine up to Bt40,000 under Article 65 of the Animal Epidemic Act BE 2015

Areas under surveillance are: