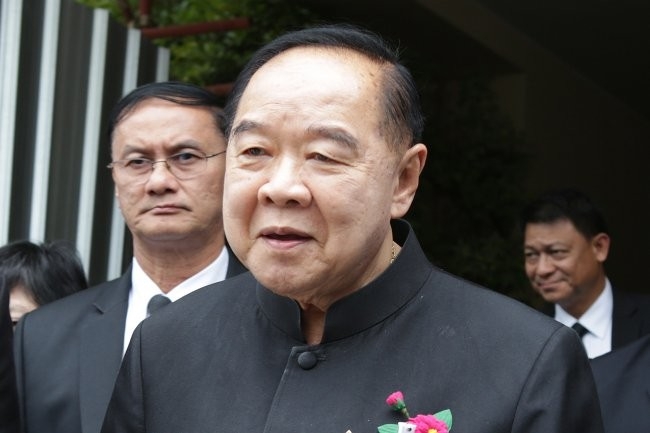 Asked whether the issue has impacted Thailand’s national security, Prawit told the reporters that it had hurt the country's image.

Meanwhile, the Future Forward Party(FWP) has made a clarification of the document which has been shared in social media. The party said on its Facebook page that US company APCO Worldwide LLC is available for the public service under US law.

The party said that:

1. The document was not leaked as some Thai media claimed. It was specified to be published in order to show transparency of democratic political activities.

2. Thanathorn hired APCO Worldwide LLC to help him manage his schedule and English documents in order to contact persons and agencies during his US visit between July 12 and July 16. The hiring was in line with US law.

3. Thanathorn’s visit was not meant to harm Thailand or to organise political activities in order to discredit the country as alleged by some local media outlets. The party claimed that Thanathorn’s trip was to update the situation in Thailand and learn from the policies of other nations on economy, education, technology, and other areas which can be beneficial for the development of Thailand.

In addition, the purpose the trip was to meet individuals and institutions as it is normal for politicians to talk to ambassadors, the media, international agencies, academics, and civil society organisations. The trip was to strengthen Thailand's relationship with other countries, said the FWP.