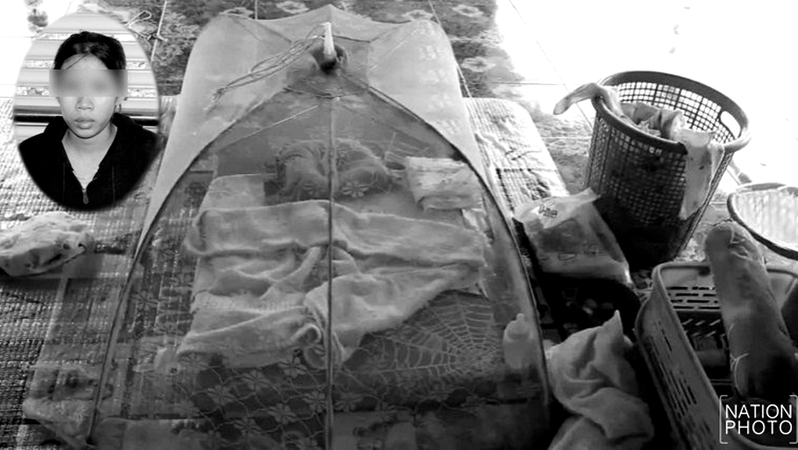 Issaraporn “Oil” Foyleung, the 22-year-old mother of an 18-day-old boy named “IL”, reported to police in Sukhothai province that her baby had gone missing when she left it alone at home to go to the toilet on September 26.

On Monday morning (September 30), the baby’s body was found behind the house. Issaraporn’s father said he noticed a foul odour near the house and followed the smell which led him to the baby’s corpse.

Initially, police suspected someone may have had conflicts with the family, but later realised that Issaraporn’s testimony was suspicious. Upon checking her Line messages, investigators found she was lying about staying with the baby at all times.

Later she confessed that she was with the baby when it stopped breathing, so she decided to hide its body in a closet, adding that she decided to create a scene when the body began smelling.

Police officers are also collecting more evidence and investigating everyone involved in the incident.