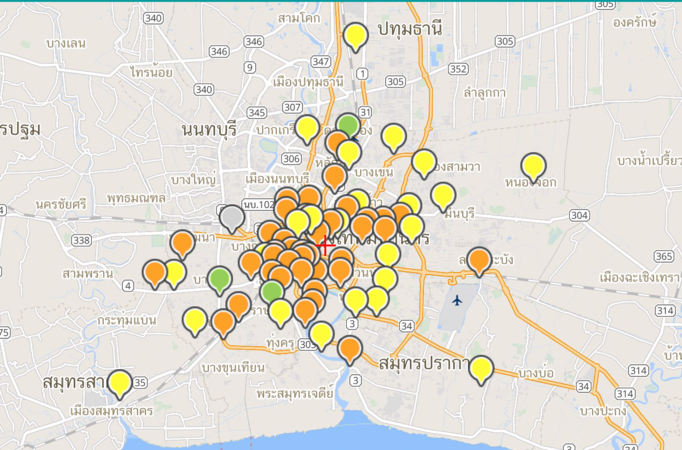 Bangkok and the surrounding provinces remained blanketed with dust on Tuesday morning, with a red zone reported in Saraburi province, north of Bangkok, according to the Pollution Control Department’s Thailand’s air quality and situation update.

Several areas in the greater Bangkok area were still covered in a fine dust of PM2.5 particulate with larger dust particles caused by emissions from vehicles as well as industrial and construction activities adding to the misery of residents. 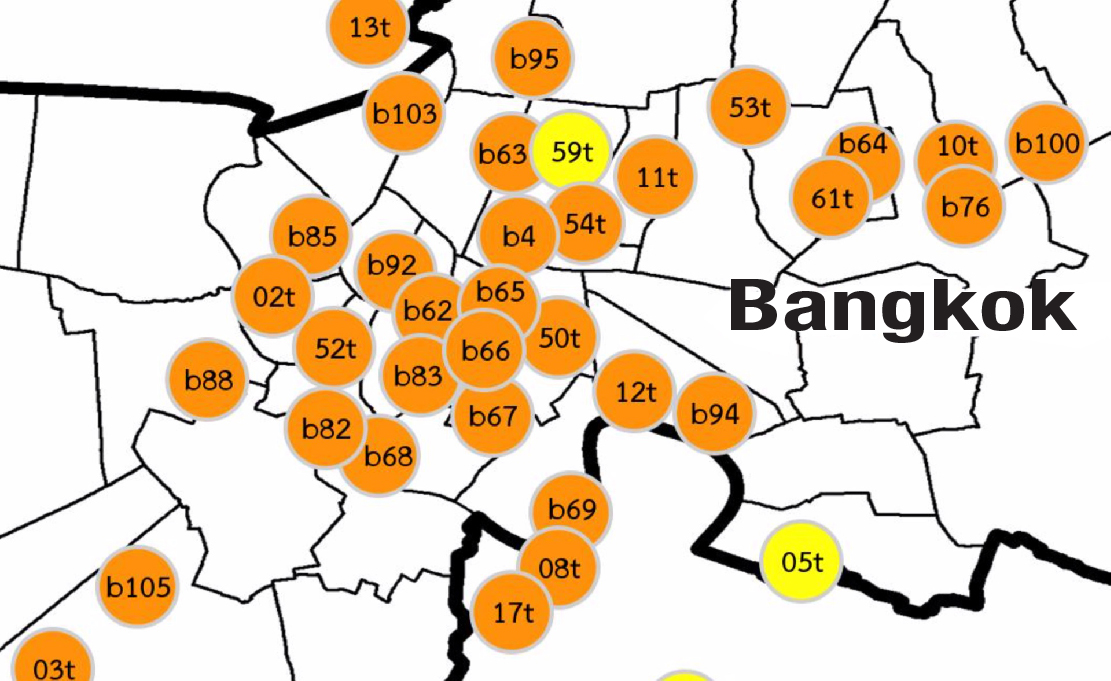 The air quality in the western half of the capital remained very poor on Tuesday, while the eastern half had seen some improvement. The worst air quality as measured in the early morning was at Rama II Road in Bang Khun Thian district with a PM2.5 level of 108 micrograms per cubic metre (µg/m3). 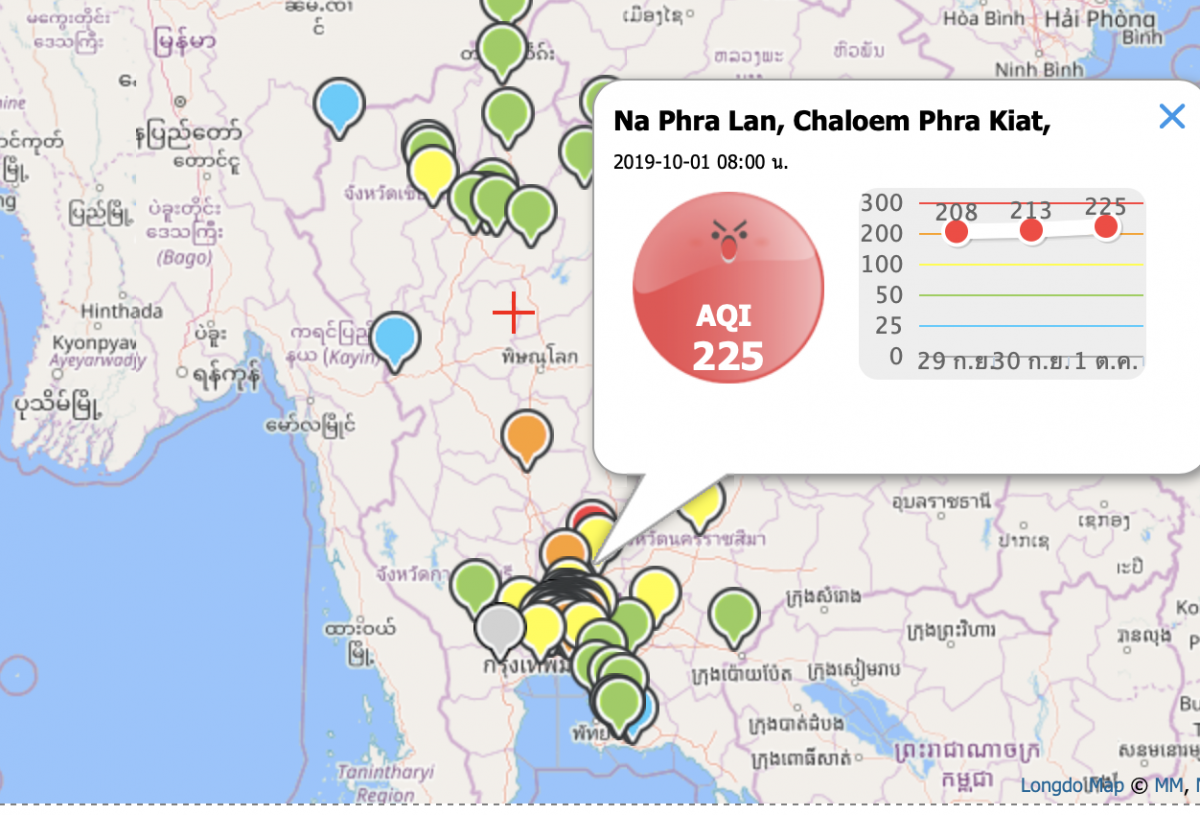 A weaker high pressure over China and still air have attributed to concentration of small particulate, according to the department.

People are advised to avoid outdoor activities and many have started to wear masks again. The spike in pollution earlier this year led to a shortage of shortage of masks preventing inhalation of PM2.5 and a boom in the sale of the air purifying products.

The World Health Organisation sets the safety limit of PM2.5 at 25µg/m3, half the level of Thailand’s limit.