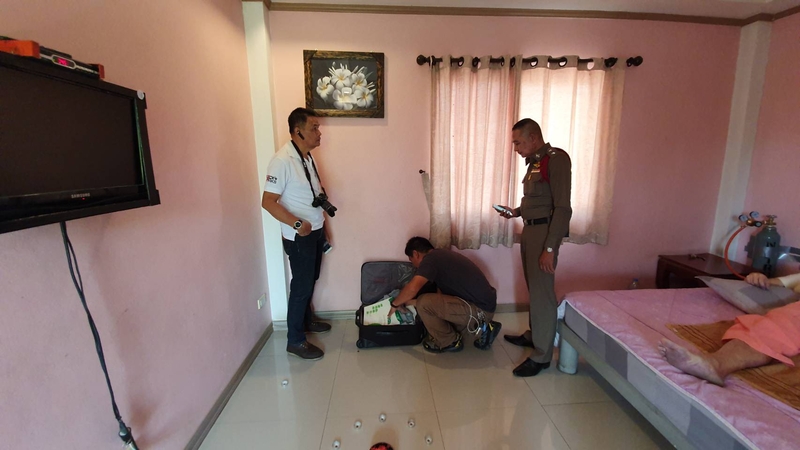 Chiang Mai police were called to a resort on the Outer Ring Road in Chiang Mai’s Maehia sub district on Wednesday morning where they discovered the body of a man thought to have committed suicide.

The man was later identified as Michael David, 57, a British national and the owner of a company based in Chiang Mai. The attending medical examiner estimated time of death as 6 to7 hours before the body was found.

Police found an empty bottle of wine and a canister of liquid nitrogen gas near the night stand. There were no signs of a struggle, wounds or missing valuables and the preliminary cause of death was given as suicide by nitrogen gas. The body has been sent to Maharat Nakorn Chiang Mai hospital for autopsy.

Ploenyok Wanichkit, 26, a staff member at the resort, told police that the deceased had arrived at the resort in a white car accompanied by a woman. The couple checked in at around 11am on Monday. The woman left with the car early on Tuesday morning.