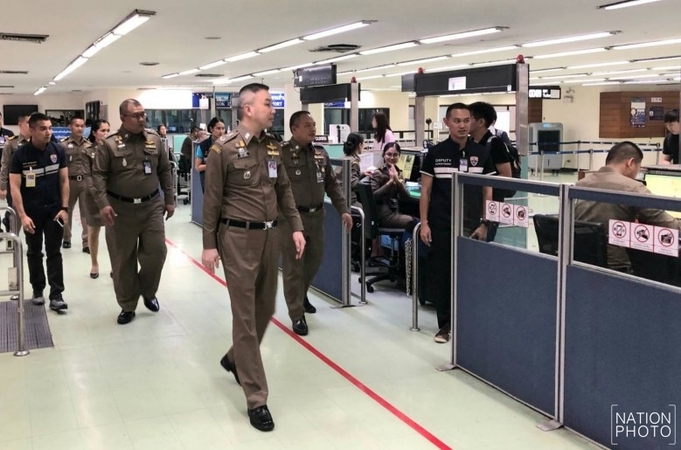 The Immigration Bureau is on alert for flight cancellations and delays from Japan on Sunday and Monday (October 12-13) when Typhoon Hagibis is expected to hit the country.

Pol Maj-General Weerapol Charoensiri, Commander of Immigration Division 2, on Saturday ordered the immigration superintendents of Suvarnabhumi and Don Mueang airports to draw up a plan to handle flight delays due to natural disasters and work with the concerned airlines to estimate flight delays every hour.

Officials announced that 10 inbound flights scheduled to depart from Osaka, Nagoya and Tokyo to Suvarnabhumi from 9am until 5pm on Saturday had been cancelled and the departure times of five other flights would be changed.

Thais in Japan told to stay indoors, prepare for evacuation