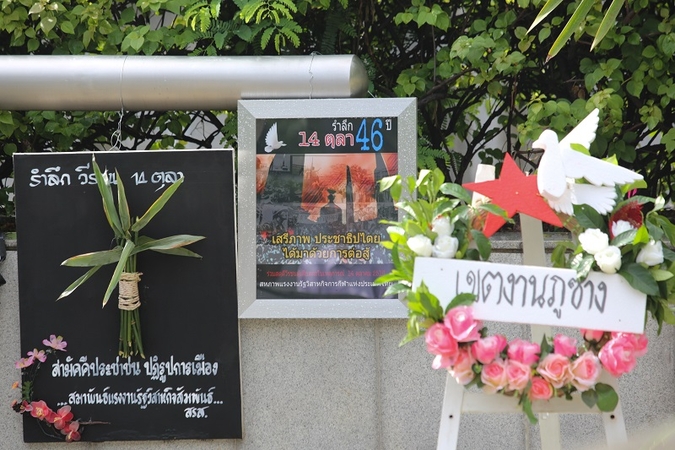 Various representatives and officials from both the public and private sectors on Monday marked the 46th anniversary of the October 14, 1973, mass uprising against the military dictatorship of Thanom Kittikachon. 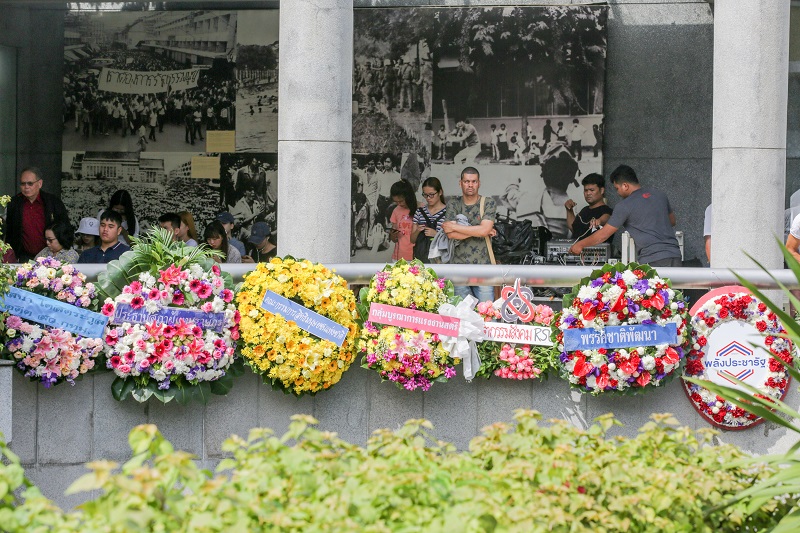 The participants included the adviser to the Prime Minister’s Office Nattachai Sriroongsukpinij as the PM’s representative and Ongart Klampaiboon on behalf of the House of Representatives’ speaker. There were ritual ceremonies from three religions, including wreath-laying and merit-making ceremonies for all who lost their lives on October 14, 1973. 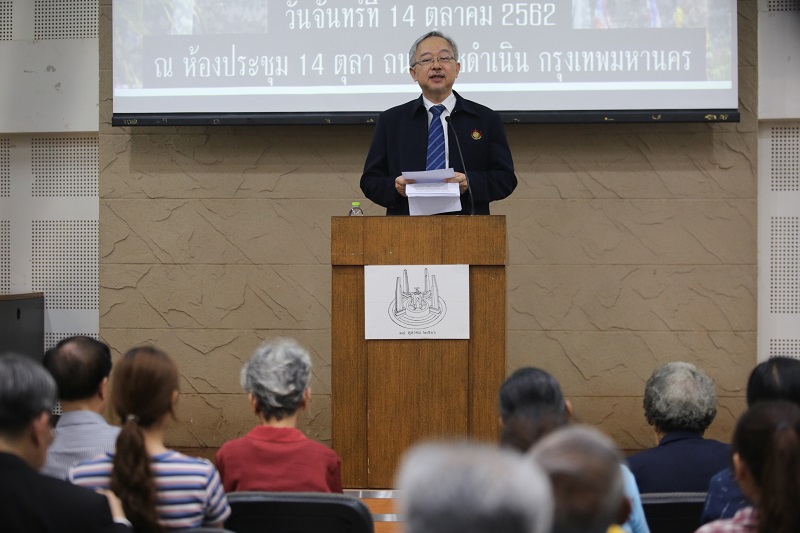 Then associate professor Kittisak Prokati gave a speech on the “Rule of Law and Legal State under Thailand’s Democracy”.