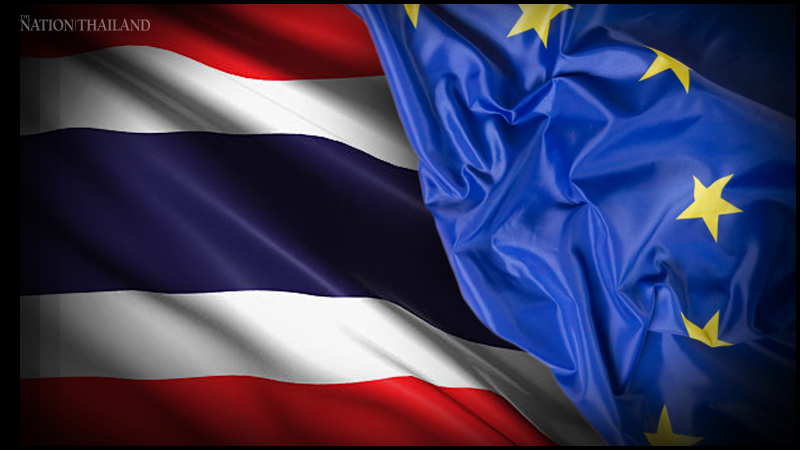 The Department of Trade Negotiations (DTN) are discussing with stakeholders on reviving the Thai-EU Free Trade Agreement (FTA) negotiations, planning to submit a proposal to the International Economic Policy Committee (IEPC) and the Cabinet for consideration in November, said Auramon Supthaweethum, the department's director.

Thailand expects to re-start negotiations with the EU by end of the year, she added.

The Foreign Affairs Council of the European Union on Monday (October 14) announced a resolution to upgrade its relationship with Thailand, including signing partnership agreements and reviving the free trade negotiations.

The department has assigned the Institute of Future Studies for Development the task of gathering relevant information on the benefits and positive impact for Thailand in reaching an free trade agreement with the EU, through study and research and discussions with interest groups, both in the private and government sectors, Auramon said.

There are opportunities and challenges she said. An Thai-EU agreement will lead to a new era for Thai export products and attract international investors, whereas it will oblige us to open up our market and widen access for foreign investment, as well as tackling other trade issues such as e-commerce, trade competition and government’s procurement,” Auramon explained.

In 2018, Thai exports to the EU totalled US$25.04 billion, dominated by computers and computer parts, electrical circuits, electronic products, gems and jewellery and air conditioners and parts.

Thailand’s imports from the bloc were valued at US$22.24 billion last year, with the main products being machines and machine parts, aircraft, gliders, aviation equipment, electrical machinery and parts, chemicals, medicine, and pharmaceutical products.

From January to August this year, Thailand’s exports to the EU amounted to $16.09 billion, while import stood at $13.66 billion.