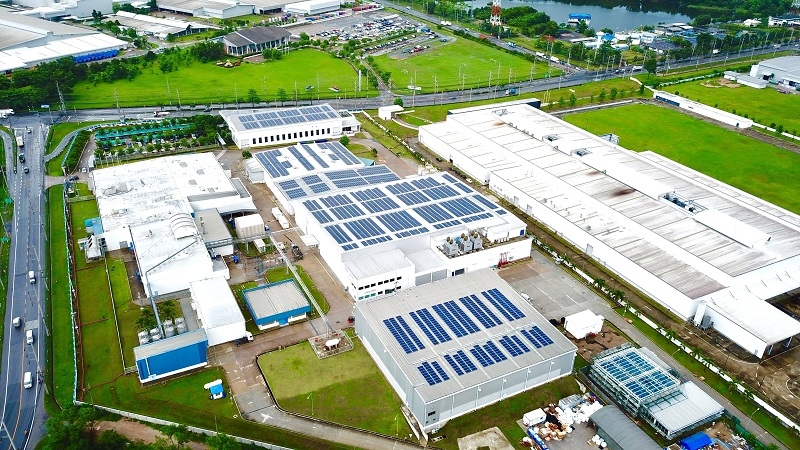 Tetra Pak, the world’s biggest food processing and packaging company, continues to underline its commitment to the environment by installing 3,076 panels of solar cells on the roofs of four of its factories in Thailand.

“These panels can produce renewable electricity up to 1,350 megawatts per year, while the factory in Rayong alone can produce 1 megawatt. Our factories can also reduce more than 850 tonnes of carbon dioxide,” managing director Bert Jan Post said.

In addition, the company has joined with other projects to promote the using of renewable electricity and has now obtained certification by International Renewable Energy Certificates (I-RECs).

The company currently provides more than half of renewable electricity from production sources worldwide and is on track to realise its goal of achieving 100 per cent renewable energy for production by 2030.

“The company’s green energy project will enable Thailand to face the long-term challenges on energy sustainability and capability,” he added.

According to the Ministry of Energy, Thailand imports 70 per cent of energy and plans to increase the proportion of renewable energy usage from 14 per cent to 30 per cent by 2036.