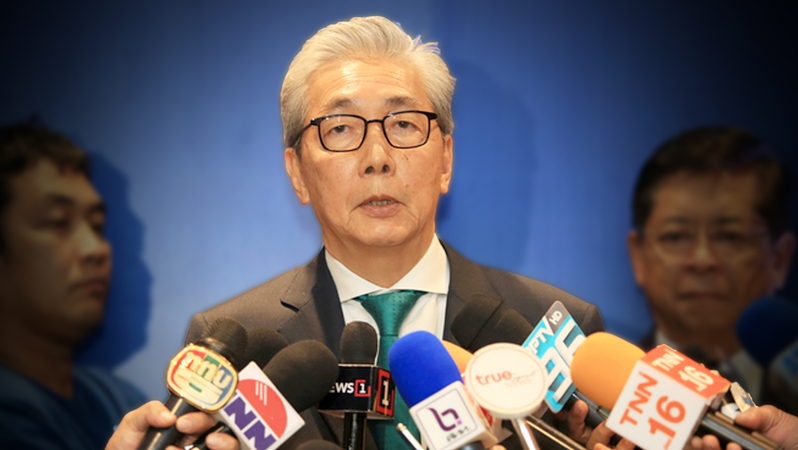 The Deputy PM will be accompanied by executives from the Eastern Economic Corridor Office (EECO) and Board of Investment of Thailand (BOI).

“This visit aims to promote our relationship and strengthen collaboration between Thailand and China,” he said. “As Thailand continues its drive to be the economic hub of Asean, maintaining a positive connection with Asia’s superpowers like China will be beneficial to our future development plans.”

Back in April, Hong Kong opened the Bangkok branch of the Hong Kong Economic and Trade Office (HKETO) to serve as a central agency for promoting trade and investment in Thailand for entrepreneurs in China’s Greater Bay Area (GBA), which comprises 9 provinces and 2 special administrative regions in southern China. “I have already discussed with China’s Deputy PM Han Zheng and State Councillor Wang Yong the potential for establishing economic collaboration between Thailand and GBA,” said Somkid. “During this visit, representatives from EECO and BOI will further discuss business and investment opportunities with executives of the GBA provinces in greater detail.”

The EECO executives are also slated to sign a memorandum of understanding (MOU) with executives of Guangdong province over future collaboration between EEC and Guangdong, especially industrial promotion projects in Guangdong bay, Hong Kong and Macao.

“The draft of this MOU was approved by the Cabinet last Tuesday (October 15). Its aim is to promote targeted industries in which both parties are interested, as well as innovative R&D, education, and human resource development,” said Somkid.

On October 24, the Deputy PM will give a special speech on the topic “Strategic Partnership through the Belt and Road Initiative and the EEC” in Shenzhen, and on October 25 he will join the “Guangdong-Hong Kong-Macao Greater Bay Area: New Horizon for China’s Reform and Opening-up, New Practice of ‘One Country, Two Systems’ and the ‘New Platform for Win-Win Cooperation” seminar in Hong Kong.