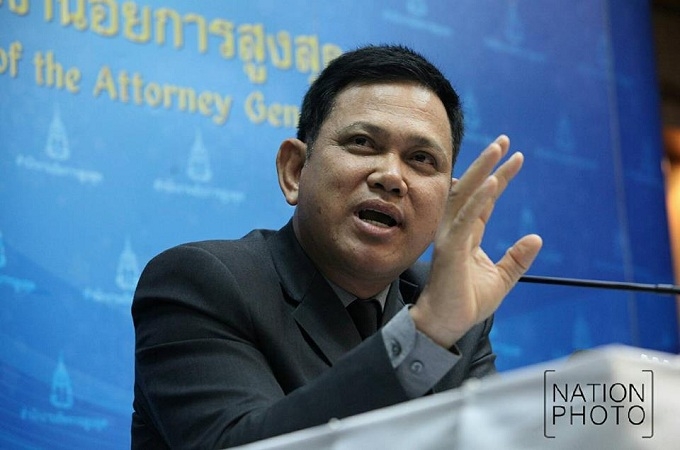 The attorney of the Department of Special Litigation 1 has filed new charges of terrorism against three members of the red-shirt United Front of Democracy against Dictatorship (UDD), said Prayut Petchakhun, deputy spokesman of the Office of the Attorney General.

“The opposition party leader’s spokesperson, Adisorn Piengket, was on October 17 slammed with a six charge of committing terrorist activities, while Pheu Chart party-list MP candidate Aree Krainara and president of the Udon Thani Provincial Administration Wichian Khaokham, were charged on October 16 of being involved in terrorism,” he said.

It is reported that the three UDD members have rejected the allegations and have applied for bail with a guarantee of Bt600,000. The Criminal Court will look into their case on December 2.

The three UDD members had reportedly cooperated with a group led by red-shirt leader Virakarn Musigapong to provoke protesters into causing fear among citizens by doing such things as pouring blood in front of Government House and Democrat Party headquarters, using M79 grenade launchers and other weapons to attack several government buildings and invading Chulalongkorn Hospital to search for soldiers believed to be hiding inside.

Charges faced by UDD chairman Jatuporn Prompan and 24 UDD leaders are currently being considered by the Appeals Court.