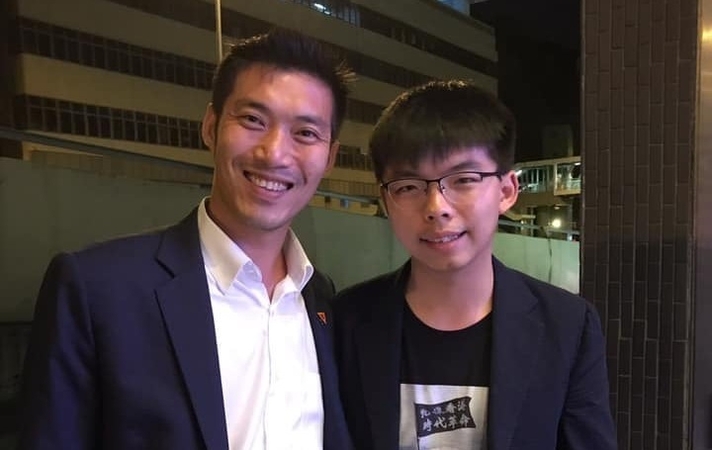 More than half of Thais are unconcerned about whether Thanathorn Juangroongruangkit having his photo taken with Hong Kong activist Joshua Wong will upset Thailand’s relations with Beijing.

The National Institute of Development Administration (NIDA) asked 1,270 citizens 18 years old and up between October 15 and 17 whether the picture of the Future Forward Party leader with the Chinese democracy activist was cause for concern, as it has been for officials affiliated with both governments.

More than 52 per cent of respondents said they hadn’t followed up on the news of Beijing’s complaint, 26.7 per cent were paying some attention to it, 16.7 per cent were scarcely interested though aware of the situation, and just 4.25 were keenly staying on top of the story.

Nearly a third (29.84 per cent) deemed the photo insignificant, a quarter didn’t know who Wong was, and 18.1 per cent said taking the photo was the two men’s personal choice and didn’t affect Sino-Thai relations.

A further 1.73 per cent predicted fewer Chinese tourists would be coming to Thailand as a result, 1.65 per cent said it wouldn’t affect Thai tourism, and 4.49 per cent were uninterested in the tourism aspect.

Asked about the Chinese Embassy’s objection to Thai politicians showing support for the Hong Kong protesters, 4.65 per cent of respondents said they were “extremely worried” Sino-Thai relations would suffer and fewer Chinese tourists would come, 19.76 per cent were “moderately worried” about harm to the Thai economy, and 14.7 were unconcerned since only one politician was involved.

Nearly 52 per cent believed relations with China were strong enough to survive. Another 9.06 per cent were “not interested”.