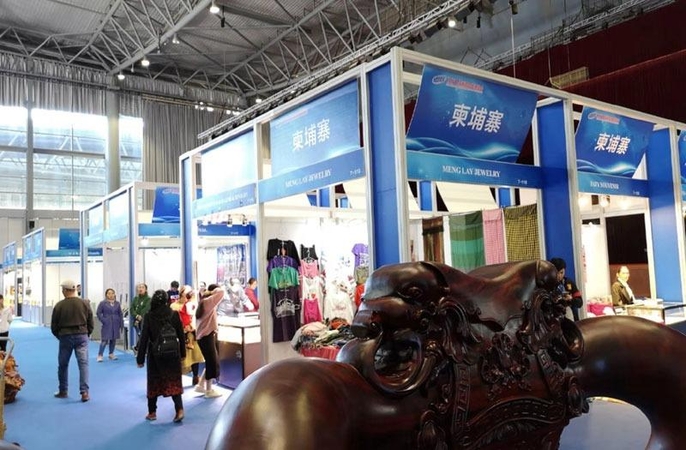 One hall is devoted to exhibits from nations along the Mekong River including Cambodia, Laos, Myanmar, Thailand and Vietnam. (SHI WENZHI / CHINA DAILY)

BEIJING - China will step up cooperation with the five Mekong countries in the textile and apparel sectors, according to the China National Textile and Apparel Council (CNTAC).

More efforts will be made to strengthen trade and investment interaction and improve cooperation mechanisms, so as to deepen the integration of industrial chains including clothing, yarn and textile equipment, according to the CNTAC.

Since the establishment of the Lancang-Mekong cooperation mechanism, the import and export trade of textiles and apparel between China and the five Mekong countries has seen steady growth with expanding scale of investment, said Xu Yingxin, the council's vice president.

"With the ongoing development of export trade and increasing importance of import trade, investment of Chinese textile enterprises in the five Mekong countries continues to expand," said Xu.

In the future, cooperation between China and the Mekong countries will be more diversified, with expansion and enhancement in high-end areas, according to Xu.

At the Lancang-Mekong Cooperation Textile and Apparel Summit held in east China's Suzhou city, a textile and garment industry dialogue mechanism was officially launched in a bid to promote cooperation.