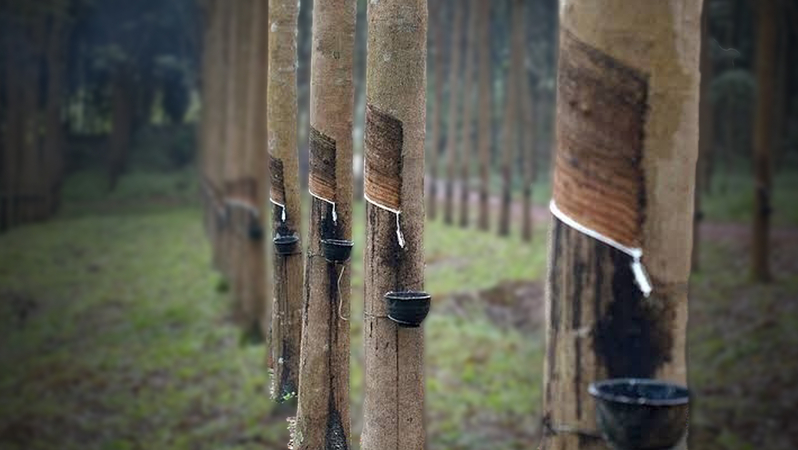 A Kasetsart University academic has suggested several ways the Thai rubber industry could counter its current difficulties, including the use of studies by Thailand Science Research and Innovation.

“The government has to make this an urgent matter on the national agenda to improve the whole system of rubber farming so it can be properly certified,” said Assistant Professor Khwanchai Duangsathaporn, head of the Forest Management Department in the school’s Faculty of Forestry.

He was referring to wholesale buyers of Thai rubber and rubberwood trying to resell the products by using non-tariff barriers and the fact that the products are not recognised by the Forest Stewardship Council or Programme for the Endorsement of Forest Certification.

The lack of certification compounds other factors that have led to prices declining significantly for the past five years.

Large-scale overseas tyre company and furniture company this month announced a temporary moratorium on purchases of rubber and rubberwood if deforestation was involved in their production.

Firms in many countries have specifically banned the products from Thai plantations lacking the recognised certification.

Khwanchai urged the government to assign or establish an agency to deal with the ministries of Commerce and Foreign Affairs, the Rubber Authority of Thailand and universities regarding the industry’s shortcomings.

Certification would require farmers and business owners and the technology they use to be upgraded, he said. “Meanwhile, a Forest Management Standard for Thailand must be established on the basis of research recognised by the certifying organisations.”

Khwanchai said studies should be hastened regarding sound agricultural practices, both in the monoculture and polyculture forms of rubber farming in Thailand, so they can pass international quality checks within the next one or two years.

“The capacity of the plantations to manage their products also needs to improve to support market demands within those two years.”

Thailand’s biggest export market for rubber last year was China, but China has since recognised the need for international certification, even if it has promulgated no regulations as yet.

Khwanchai said only around 0.5 per cent of the total farming area in Thailand – 122,658 rai – is dedicated to certificated rubber farming.