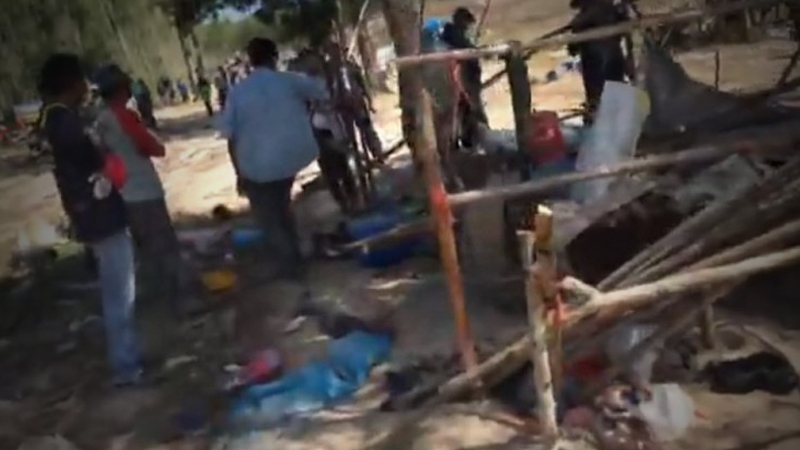 A woodcutter on a Chachoengsao eucalyptus plantation was trampled to death by wild elephants on Thursday morning (October 31).

Police were summoned at 8am to the workers’ camp in Tha Takiap district that had been destroyed by a herd of about 30 elephants.

The man killed had been asleep when the attack began.

Police were told the camp was close to an elephant trail and a local village head had warned the workers, but no fires were set to ward off wildlife.

A dog was heard barking in the area and might have panicked the elephants.