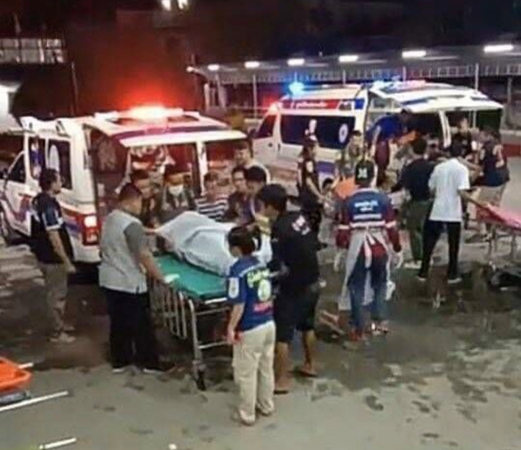 The Army has no plans to impose curfew in the restive deep South following a deadly attack on Tuesday that killed 15 people.

Maj-General Thanathip Sawangsaeng, a spokesman for the Internal Security Operations Command (Isoc), said on Friday that curfew would not be imposed, contrary to suggestions in some news reports.

His statement came after local media reported that the Army would be imposing curfew in the restive deep South.

Colonel Pramote Prom-in, a spokesman for Isoc Region 4 Forward Command, urged people to avoid panicking. “There is no immediate urgency to impose curfew, and people should not be frustrated,” he said.

Attacks blamed on suspected insurgents in the Muang district of Yala province on Tuesday night left 15 community guards dead in one of the deadliest days in recent history in the restive areas, where about 7,000 people have died since the insurgency began in 2004.

Local press interpreted the government announcement as the preparation for imposing curfew in the areas.

An announcement in the Royal Gazette on Friday allowed the director of Isoc to consider curfew in the Mae Laen district of Pattani; Chana, Saba Yoi, Thepa and Na Thawi districts in Songkhla; Betong district in Yala, and Sungai Kolok and Sukhirin districts of Narathiwat. It will be effective from December 1 this year until November 30 next year.

Maj-General Thanathip explained that the announcement only empowered Isoc to impose curfew. “It is not an announcement of curfew per se,” he clarified.