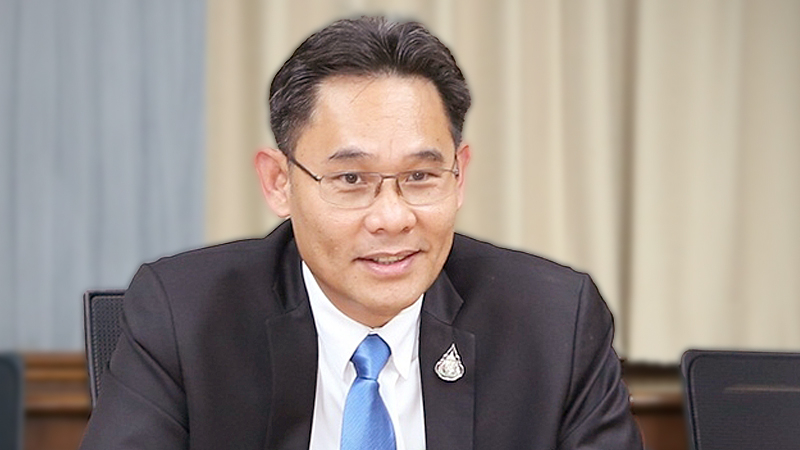 World Economic Forum (WEF), in coordination with Marsh & McLennan Companies and Zurich Insurance Group, has compiled "Regional Risks for Doing Business reports (2018-2019)", with the latest one up for discussions at the WEF annual meeting in Davos, Switzerland in January 2020, said Danucha Pichayanan, deputy secretary general of Office of the National Economic and Social Development Council (NESDS).

The report gathered opinions of executives in the economic sector during January to April 2019, through a survey questionnaire “From the following list, check the five global risks that you believe to be of most concern for doing business in your country within the next 10 years.

“In Thailand, it was conducted by the Faculty of Commerce and Accountancy of Chulalongkorn University,” the deputy general secretary added.

There were over 12,000 respondents globally with 102 in Thailand. According to the report, the top five concerns of Thai businessmen were asset bubble, failure of national governance, cyberattacks, man-made environmental catastrophes, and profound social instability.

“At the time of the survey, Thailand was preparing for an election which could have affected their answers, in term of confidence," he said.

“ Declining interest rate, potential rise in property prices had possibly led to their concern about asset bubble. However, the Bank of Thailand has a strict policy to prevent that from happening”.

On the second point, the report defined national governance as having a good governance system, sound anti-corruption measures and institutional management. “Malaysian businessmen were most concerned with this as national governance was ranked fourth in the survey in Malaysia” Danucha added.

“However, it was not a major concern in Thailand as the government had been improving operational efficiency through the mechanism of the National Strategy Committee and the National Reform Committee”.

With regard to the threat of cyberattack, the Cybersecurity Act had been enforced to help increase the government and private sector’s confidence in digital information.

Meanwhile, man-made environmental problems was a major concern in Thailand in view of the health issues related to PM 2.5 - particulate matter less than 2.5 micrometres, in the air. Measures have since been implemented to deal with the problem.

On the issue of profound social instability, the deputy general secretary said the government cared about the importance of information. It tried to create harmony among people by reducing inequality, raising farmers’ income by guaranteeing the prices of rice, rubber and palm among others. Besides, the government's welfare card helps support low-income earners.

The deputy general secretary concluded that risks listed in the survey were those international businessmen face at different levels, depending on their locations.

The report would be up for discussions at the WEF meeting.