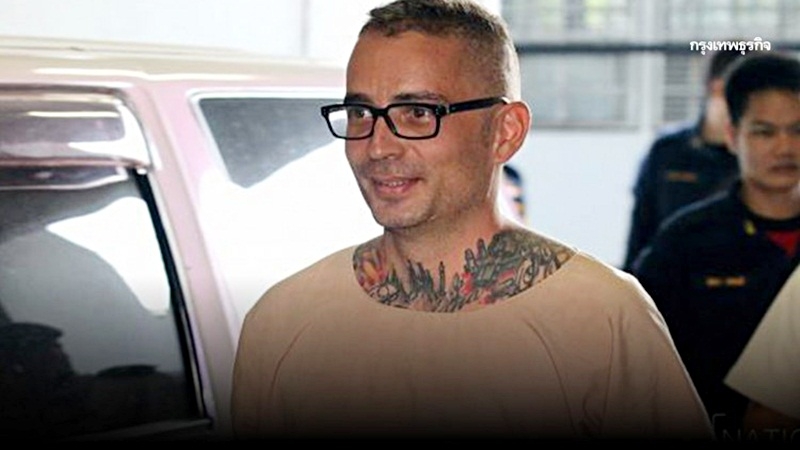 The Supreme Court on Wednesday (November 20) upheld the conviction of Spaniard Artur Segarra Princep in the 2016 murder of a compatriot in Bangkok.

Segarra’s lawyer said his client would apply for a royal pardon and meanwhile would appeal to the courts to have him extradited to Spain to serve time in prison there. (Spain abolished capital punishment in 1995.)

Several journalists from Spain were seeking an opportunity to speak to Segarra, 40, after the hearing.

The Criminal Court in Bangkok on May 3, 2016, sentenced him to death for premeditated murder. He was also convicted of concealment of a body, illegal confinement and theft.

Parts of a human body recovered from the Chao Phraya River near a dockyard in Bang Phlat district on January 30, 2016, proved to be those of Spanish millionaire David Bernat, a business acquaintance of Segarra.

Segarra was arrested in Cambodia soon after and extradited to Thailand.

Prosecutors had no eyewitnesses to any of the crimes for which Segarra was accused, but won their case on the basis of circumstantial evidence, such as security camera recordings and testimony from a cleaner at a condo where the murder took place and the Thai girlfriend of the accused, together with blood on an electric grinder and in a freezer that matched the victim’s DNA.

Prosecutors said Segarra took Bernat to a room at the PG Condominium Rama IX in Huay Kwang district, murdered him, dismembered the body and dropped the pieces into the river at different locations.

The Court of Appeals upheld Segarra’s conviction and death sentence and ordered him to pay relatives the deceased Bt734,940 in compensation.