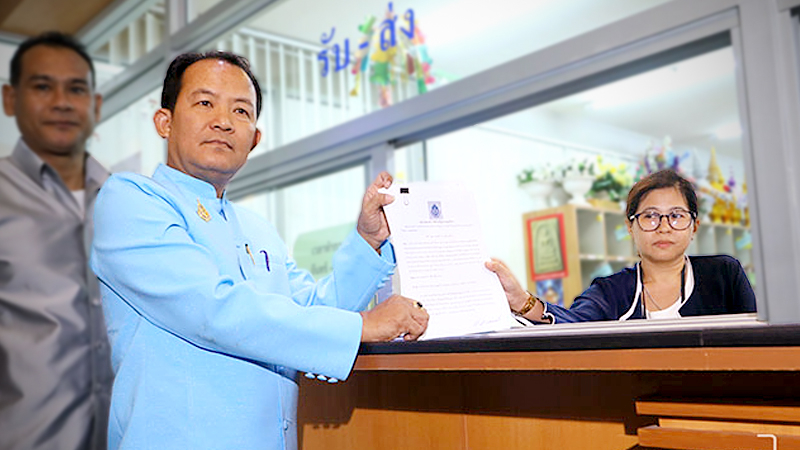 Vice President and Secretary General of the Society for Defence of the Thai Constitutions, Srisuwan Janya (Centre)

Vice President and Secretary General of the Society for Defence of the Thai Constitutions, Srisuwan Janya visited the Office of the Election Commission of Thailand (ECT) on Friday (November 22) to submit a letter asking that Commission speed up the investigation into the case of Future Forward Party leader, Thanathorn Juangroongruangkit.

On Wednesday, the Constitutional Court ruled seven to two that Thanathorn must lose his status as a Member of Parliament under section 101 (6) in conjunction with article 98 (3) of having registered to run in the March election on February 6 while still holding shares in V-Luck Media.

Srisuwan also requested the ECT to bring a lawsuit to the Supreme Court's Criminal Division for Political Office Holders on charges under Section 151 of Organic Act on the Election of Members of the House of Representatives, B.E. 2561 (2018) as soon as possible. 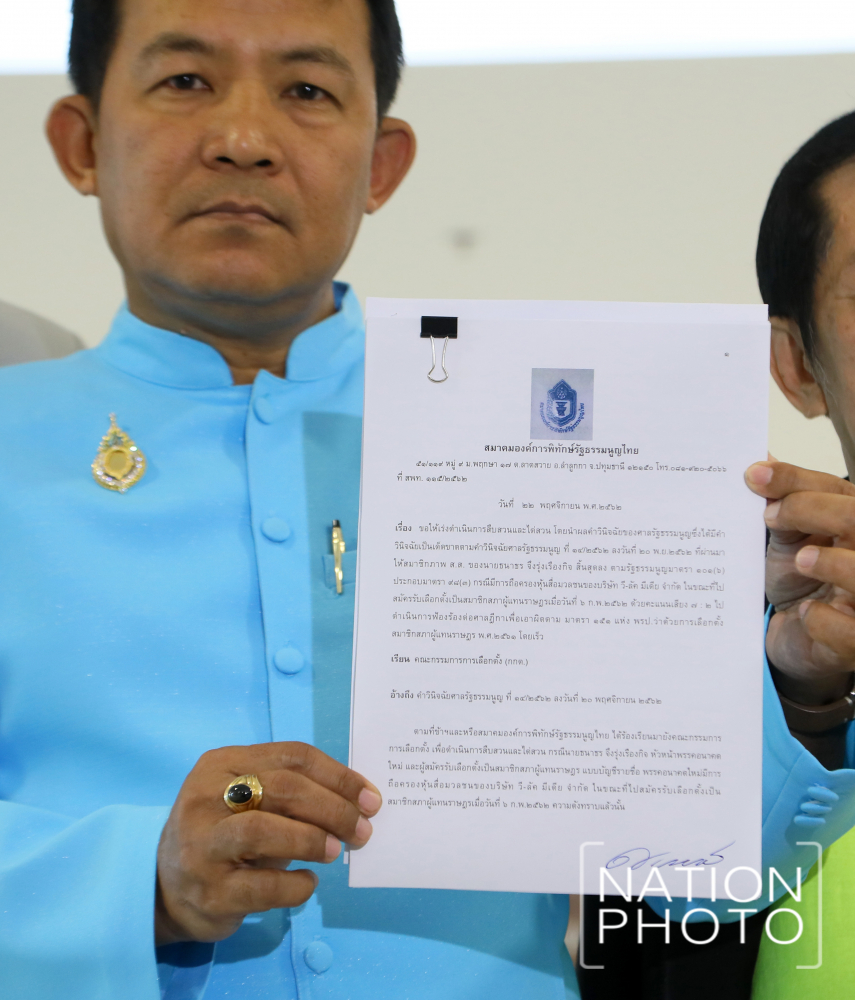 According to the MP election law, anyone found guilty of intentionally applying to contest an election despite being disqualified risks up to 10 years in jail, a fine of up to Bt200,000 and the revocation of electoral rights for 20 years.

Court turns thumbs down on Thanathorn