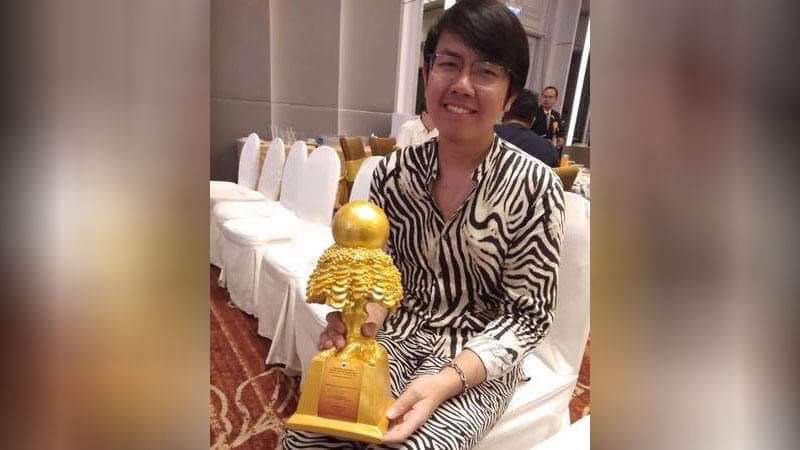 Pro-democracy and anti-military activist Tanawat Wongchai, who has started the “Run Against Dictator” campaign, has posted a message on social media saying he has been chosen for an honorary award for supporting democracy by Wisutthisan Na-ngern, former permanent secretary of the Defence Ministry.

He posted a message together with a picture on November 30 on his social media platform.

Giving more details of the campaign, he said theme shirts will be sold and  registration will open in the next few days.

Tanawat explained that he had chosen to hold the running event on January 12 because it is a Sunday, so many people can be free to participate.