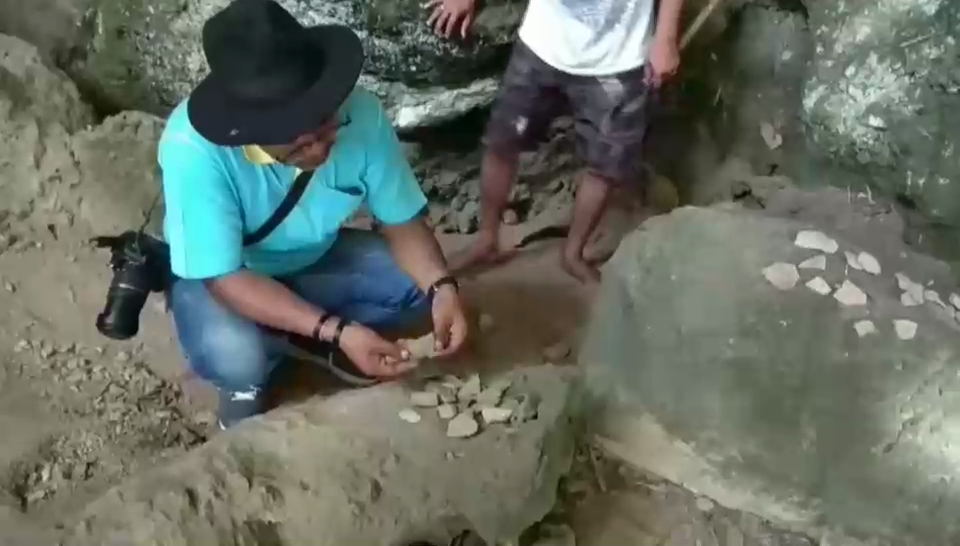 The survey found a lot of pottery fragments with rope pattern, grafted red or with a black polished surface. Three-legged pot scraps, including bone fragments and human molars were also found. The findings were reported to the Fine Arts Bureau to carry out a detailed investigation.

Niwat said their preliminary findings revealed many three-legged pots, comparable to those found in Ao Luek dating back to around 3,000 to 5,000 years. The traces found here seemed to connect the area with ancient sites found previously. “Ancient people were living here. The cave connected to another site in Surat Thani.”

According to archaeological evidence, the pottery pieces, paintings, stone tools, human bones and ashes showed the habitat, use of fire and the journey of prehistoric humans on both sites of lands between the ocean in Krabi. 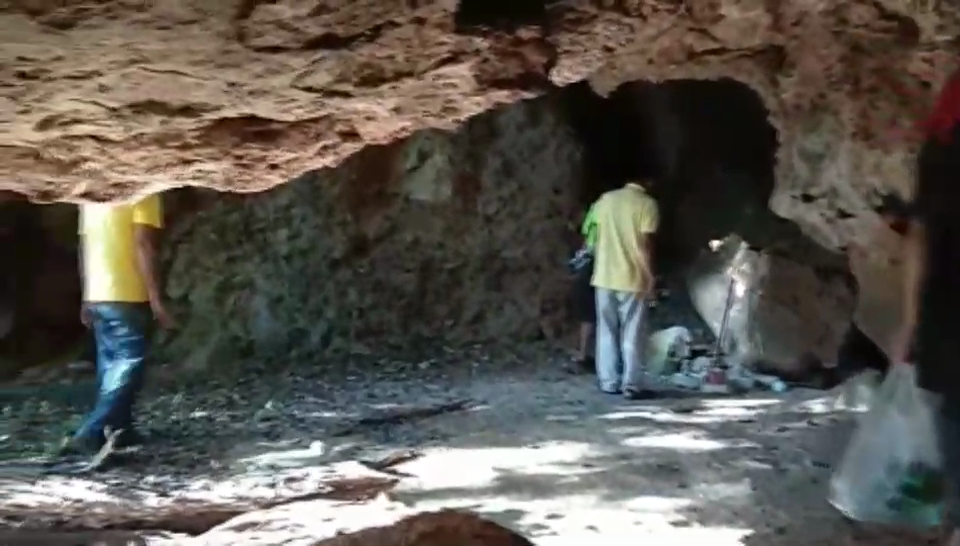