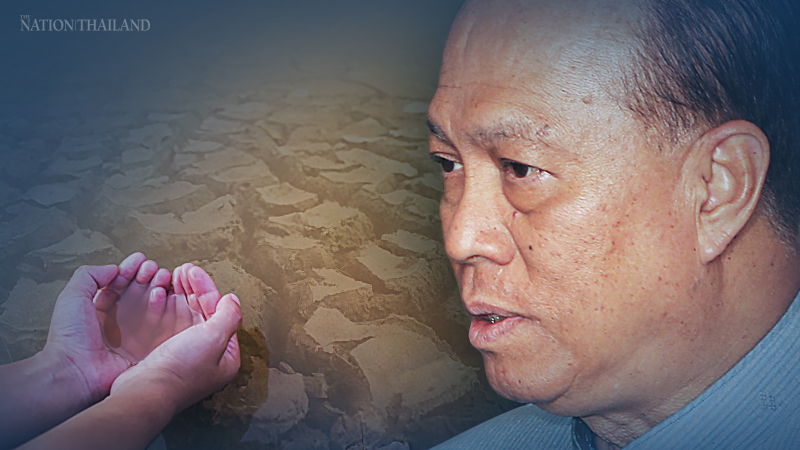 Interior Minister General Anupong Paojinda is accelerating water-storage plans as the drought problems spread, Currently, 18 provinces accounting for 20 per cent of total area in the country are facing the impact of drought.

“Four provinces are affected by the shortage of water for consumption, while 14 others lack sufficient water for irrigation,” he said.

“We have advised farmers on what kind of plants should be planted under the circumstance while the Cabinet has approved a special budget to tackle the issue".

He added that related authorities, such as the Department of Groundwater Resources and the army, had been tasked with the drilling of artesian wells.

"The operation is divided into two periods, from the end of 2019 to April 2020 and from May to July this year," he said.