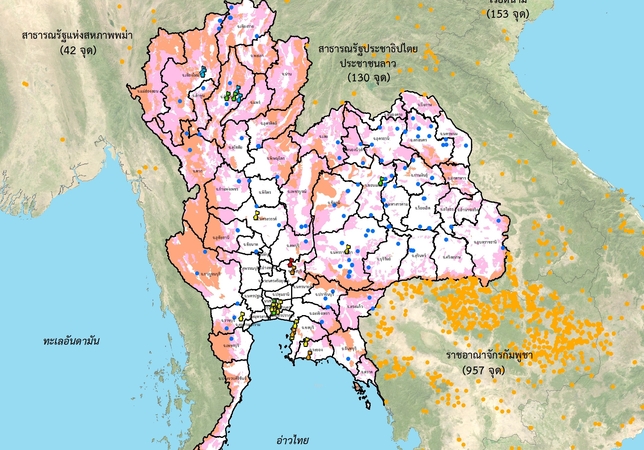 The Geo-Informatics and Space Technology Development Agency has reported 126 hotspots across Thailand where fires are burning out of control and likely contributing to haze pollution.

It said on Friday (January 17) its MODIS satellite had picked up 59 hotspots on private farmland, 26 on properties under the Agricultural Land Reform Office, 16 in settled communities, another 16 in national parks and 12 in forest reserves.

In the northern five provinces, fires were burning in 15 places – four each in Chiang Rai and Chiang Mai, three in Tak, and two each in Lampang and Lamphun.

Most of these were also in forests and communities and on farmland.

The agency said fire hotspots were declining in number, with 42 fires seen burning in Myanmar, 130 in Laos, 957 in Cambodia and just eight in Malaysia.