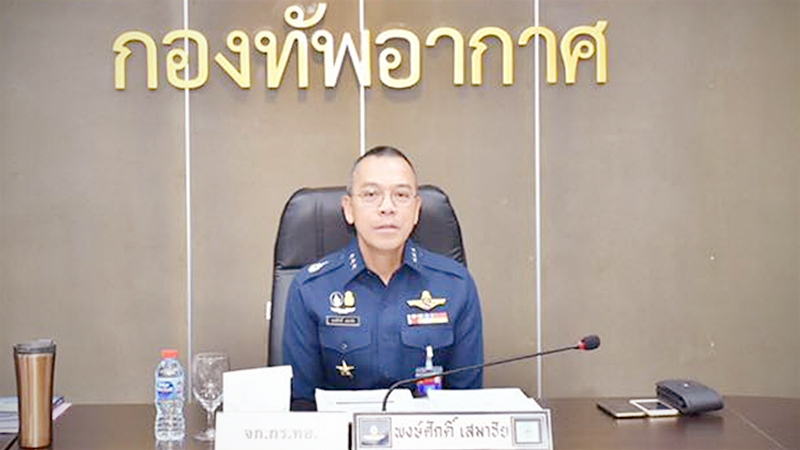 Air Force commander-in-chief Air Chief Marshal Maanat Wongwat has ordered officers to check the condition of all vehicles under the supervision of the Directorate of Transportation, urging them to stop using vehicles which give out exhaust fumes or contribute to a high level of PM2.5 dust particles, Deputy Chief of the Air Staff Air Marshal Pongsak Semachai, acting as an Air Force spokesman, said on Monday (January 20).

“The Air Force commander-in-chief has also set measures to reduce the environmental impact by ordering all officers who use aircraft to report if they come across a forest fire or smoke, so we can cooperate with related authorities to solve the problem immediately,” he said.

“The Air Force will conduct test flights by using BT-67 and C-130 aircraft equipped with water containers by the end of this month to tackle forest fires, which often occur during the drought season,” Pongsak said.

He added that Manaat ordered the officers to study applying technology to help solve the problem and support the government in the long term.