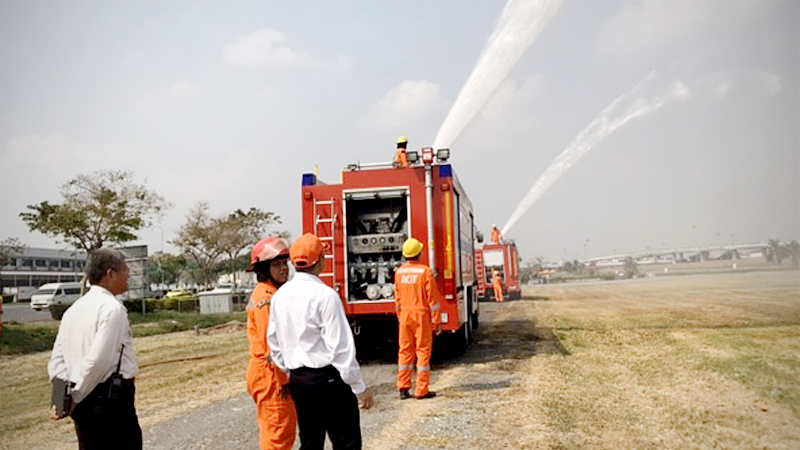 Suvarnabhumi Airport announced on Tuesday (January 22) that it has deployed measures to counter the PM2.5 problem (dust particulate matter not more than 2.5 microns in diameter) in the vicinity of the airport.

One of the measures will involve using four fire trucks, each with a capacity of 9,000 litres, to spray water around the airport and runway areas four times a day, using 144,000 litres of water per day on average. 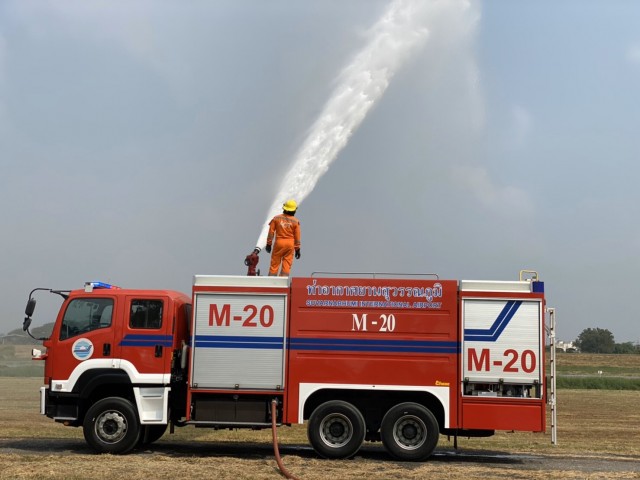 According to an airport officer, the trucks will be deployed at 10am, 11am, 1.30pm and 2.30pm at the duty-free zone and along the Suvarnabhumi 2 Road (inbound), as these areas have high numbers of trucks and other vehicles passing through during weekdays.

Other anti-PM2.5 measures include random checks of airport vehicles and ground service equipment in the airside areas to make sure their emission rate of smoke is lower than 30 per cent. “Vehicles and equipments that have a higher emission rate than the standard will be temporarily decommissioned and will be later fixed or replaced,” one of the airport staff added. 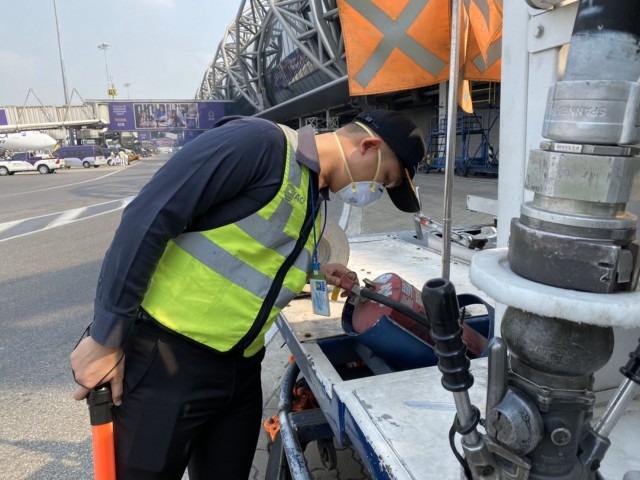 Furthermore, the airport has enforced pollution control regulations on all public vehicles running in the airport areas, which include taxis, shuttle buses, public buses, public vans and coaches. These vehicles were told to turn off the engine while waiting for passengers and make sure to have their vehicle condition checked regularly.